Alluvial Gold brings a visceral drama to the often-forgotten worlds below the surface of the river in a performance-installation by percussionist Louise Devenish, composer Stuart James and visual artist Erin Coates. After a covid effected season as part of the 2021 Perth Festival, Alluvial Gold has moved from the gallery to the performance space with a gripping new set design by the formidable Bruce Mckinven. Bringing together percussion, sculpture, instrumental objects, installation, field recordings, film, light, video projection and drawing, this modular collection takes the histories, materials and ecology of the river as a point of departure. This collaborative work evolved with both visual and musical outcomes in mind. Each component can be experienced in various combinations either as a piece of visual art in exhibition or as instrumental infrastructure in percussive performance.

Alluvial Gold is a work for percussion, sculptural instruments, field recordings and electronics developed by percussionist Louise Devenish and composer Stuart James in collaboration with visual artist Erin Coates to draw audiences into the changing worlds below river surfaces. Alluvial Gold takes the histories, materials and ecology of metropolitan rivers in Australia as a point of departure. During the European settlement establishments and in the decades that followed, native shellfish reefs within Australian rivers such as the Derbarl Yerrigan (WA) were heavily dredged and ground up for mortar, roads and building materials at sites across the city. Similar histories of dredging, changing estuarine ecology and the impacts of human intervention took place in river systems across southern Australia, particularly in areas used as ports or trading routes following European colonisation.

The music and sound in Alluvial Gold explores the confluence of multiple narratives connected to rivers, from the phenomenological and structural aspects of river systems and water, the devastating impact of industrialisation after European colonisation, the sonic ecology and chemistry of larger river systems, and a musical language derived from transcriptions of sounds of the river system itself. This material forms a temporal narrative through a changing sound world and aesthetic, explored in nine interconnected movements. In each movement, different combinations of sculptural percussion instruments – modelled on dolphin bones, native oyster shells and estuarine ecology – are brought together with vibraphone, percussion and electronics to create a tapestry of sonic material. The bronze and porcelain dolphin bones produce light, sparkling clusters of harmonics, while a pitch set of crotales, ceramic bowls and metal bowls extend the otherwise pure sound world of vibraphone and sine tones. The electronics comprises both processed audio samples of these percussive instruments and hydrophone river recordings capturing sounds at the riverbed and surface: air bubbles, shell rustles, crustacean movements, shifting algae, moss and plants. Together, these layers of notated, improvised and recorded material create a mysterious world of floating sounds that spin off one another, offering a sonic picture of what is below the river surface.

Program Notes can be found here

Acknowledgments
The redevelopment season of Alluvial Gold is co-presented with the Perth Institute of Contemporary Arts and has been generously supported by the Western Australian Government through the Department of Local Government, Sport and Cultural Industries. 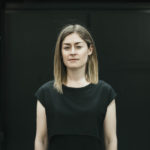 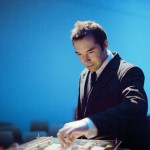 Dr Stuart James is an award-winning Western Australian-based composer, performer, sound designer, audio engineer, and producer. His compositions have been commissioned and performed by TaikOz, the Tasmanian Symphony Orchestra, the WASO New Music Ensemble, the Sartory String Quartet, Michael Kieran Harvey, Adam Pinto, and have been recorded and released on Tall Poppies and the ABC. James is a founding member of Decibel New Music ensemble and is currently Lecturer in composition and music technology at the WA Academy of Performing Arts. Stuart holds a PhD in spatial audio, spectral synthesis, and wave terrain synthesis research, and has continued to publish regularly on music technology. More info 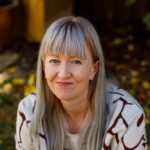 Erin Coates is a visual artist and creative producer working across film, sculptural installation and drawing. Coates’ practice examines our relationship with and within the spaces we build and inhabit, focusing on the limits of our bodies and physical interaction within given environments. Coates’ recent work has explored underwater spaces to look at human physical thresholds and subtly allude to humanity’s evolutionary, oceanic origins and our impact on marine ecosystems. Her work draws on her background as a rock climber and free-diver, and her particular interests in female physicality and athleticism. Coates’ works are shown in both galleries and film festivals. More info