Hollis Taylor with Jon Rose are Tura’s Musicians in Residence at Warmun, East Kimberley as part of Tura’s ongoing Regional and Remote residency Program. Hollis Taylor writes of their third week there.

Strange as this may sound, The Wild Violins of Warmun is actually a product of the rise of China. Jon has been to the factory on the outskirts of Beijing where these instruments are mass-produced. It used to be that cheap Chinese violins from the time of Mao were a bit of a joke, but these days they are quite playable. So, by way of total contradiction, this project is actually only possible now, because for $40 you can get a violin, a bow, a case, spare strings, rosin—including postage from China, when typically, you could not buy any one of those (except rosin) for $40 in the West. This has allowed Tura, through its funders and donors, to bring 22 violins to a remote Aboriginal town for an investment of less than $1,000. 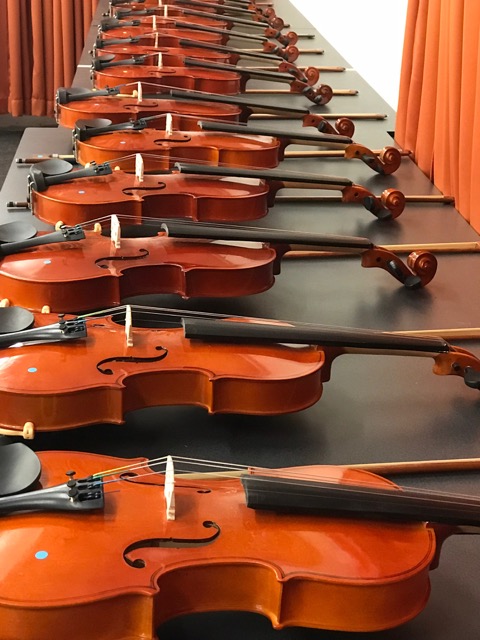 Our focus in Week 3 was two performances we took part in. The first was an all-school event in the Music/Drama Room. The youngest in the audience sat on carpets in the front, while family and community members as well as older students were seated in the back. It was a full house. Eight students from years 1 – 6 joined five high school students to make a full resonant sound that demanded to be heard—and the audience agreed that these students had really made remarkable progress in such a short time. 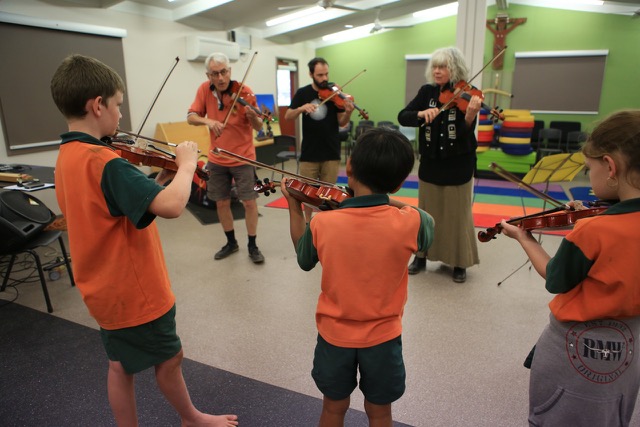 The following day, Tura’s 2018 Narli Tour, performed in the outdoor amphitheatre. Guitarist, singer/songwriter, and didgeridoo legend Mark Atkins was joined by cellist Judith Hamann, percussionist Joe Talia, and flautist Tos Mahoney in a school concert. A number of students joined the percussion section of the band. The band’s musical celebration continued at the Warmun Arts Centre that night. It began indoors, featuring The Wild Violins of Warmun joined by Mark and Judith (as well as Jon Rose, Jean-Michel Maujean, and me on violins). We concluded by winding our way through the gallery in a long line. Students from the school who had only participated in the first two workshops joined us for this final number. It seems playing violin is contagious! 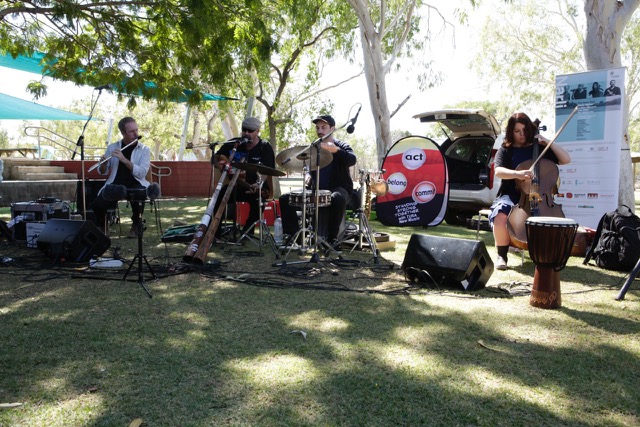 The celebration at Warmun Arts Centre was concluded with a Wanga by the Gija Dancers, an uplifting and fitting end to our Residency at Warmun.

The 2018 Regional Residency Program is supported by Healthway promoting the Act-Belong-Commit message, The Ian Potter Foundation and the Rowley Foundation.