Hollis Taylor with Jon Rose are Tura’s Musicians in Residence at Warmun, East Kimberley as part of Tura’s ongoing Regional and Remote residency Program. Hollis Taylor writes of their second week there.

Jean-Michel Maujean, a PhD candidate at Edith Cowan University in Perth, joined us for our second week here. He’s a multi-instrumentalist and DJ who builds his own instruments, including 3D printed flutes, a 16-tone piano, and his self-titled Hydrowoofer. Never having played the violin is not holding him back—he’s racing along and a welcome addition to the team. He’s also arrived with projects of his own: a laser-cut book of local songbirds, 360° astrophotography, and video editing training. 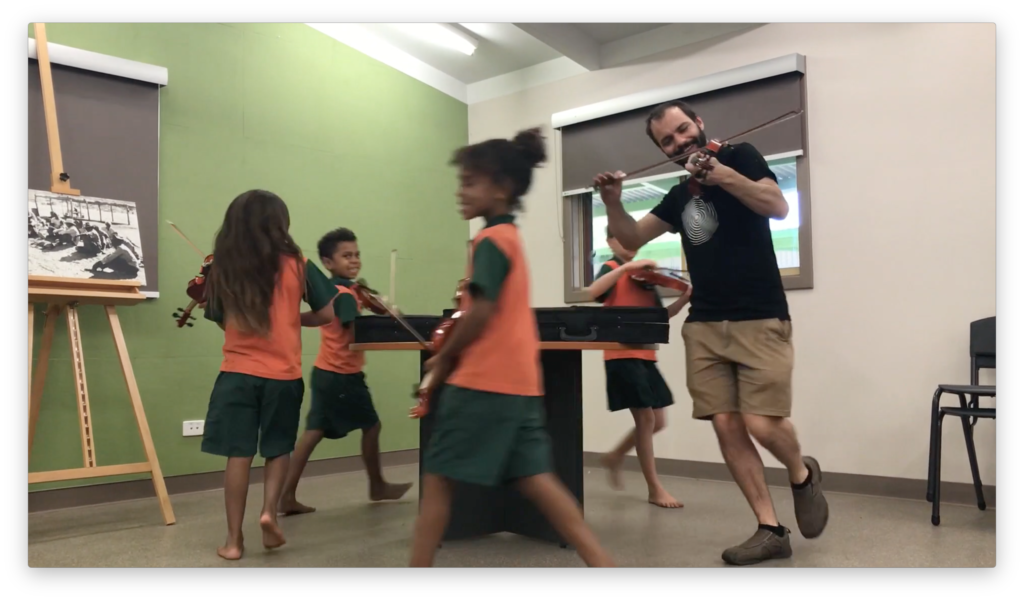 This week with the violin students, I’ve continued to emphasise the rhythms, melodies, and timbres of Australian birds, insects, and frogs. The bow is the secret to much of what happens on the violin: the whisper of bird wings (lateral bowing), the trilling of frogs (a quick tremolo at the tip of the bow), col legno (stick rhythms on the string), bouncing bows, etc. Other violin colours they have learned include slap sounds and strumming pizzicato sounds. At all ages, the students are skilled at clapping and then playing a wide variety of rhythmic patterns. They are fast learners and particularly receptive to learning by doing, so I try to speak as little as possible. 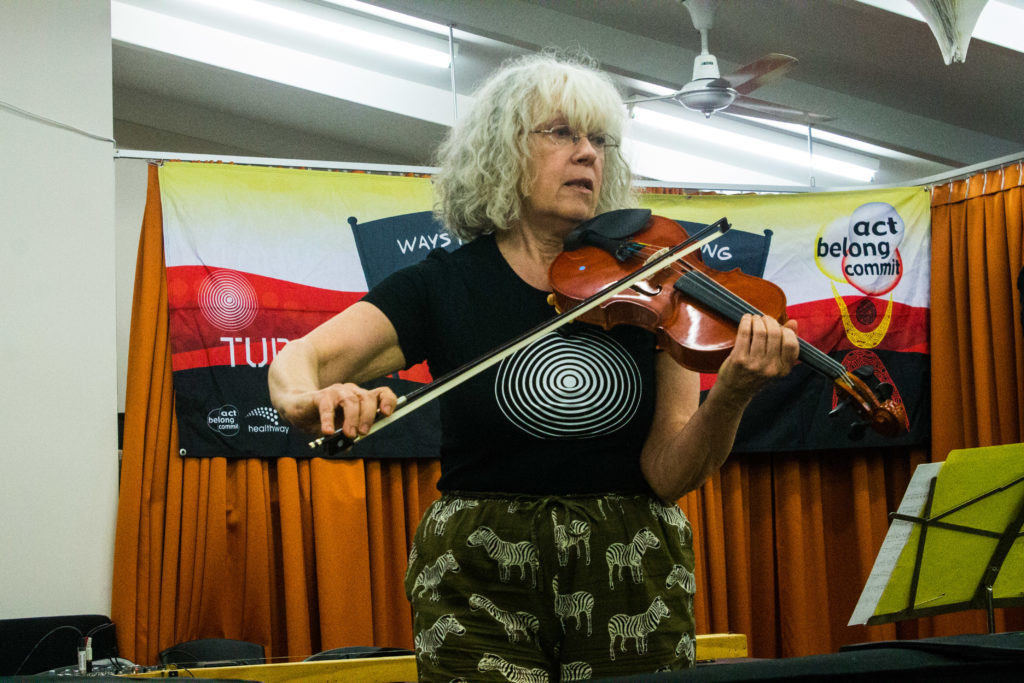 Teaching in a group setting is particularly demanding for string players, but fortunately I have not just Jon Rose and Jean-Michel making the rounds—demonstrating, correcting, encouraging, and clowning as the moment requires. I also have a teacher or teacher’s assistant that accompanies each group, and they are learning with their students. One day this week, the principal, Deborah Finn, popped in and gave it a go. 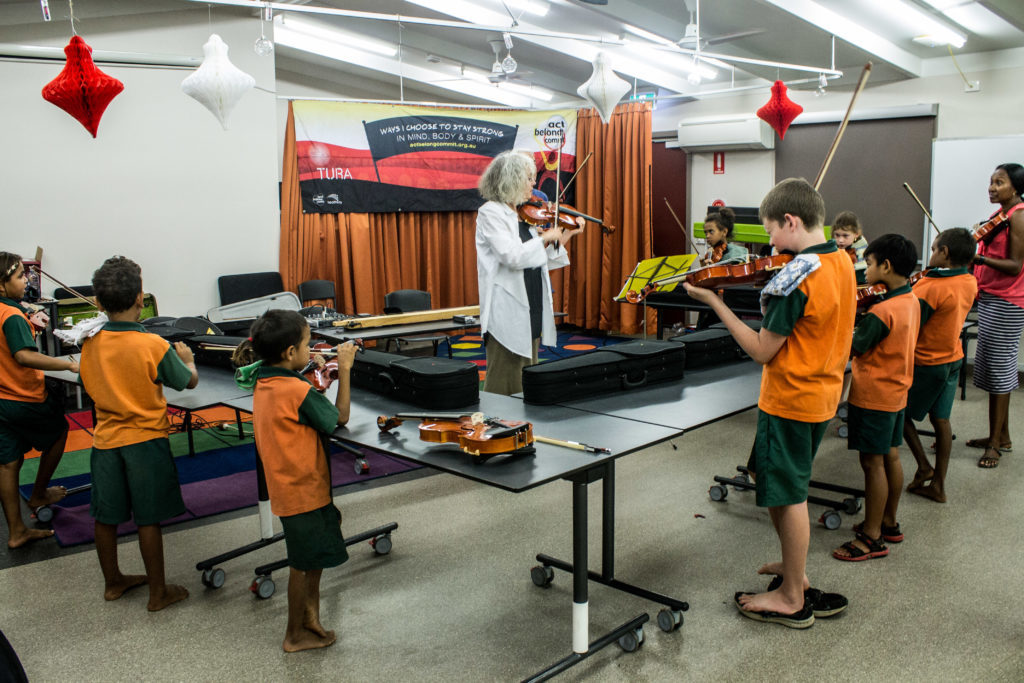 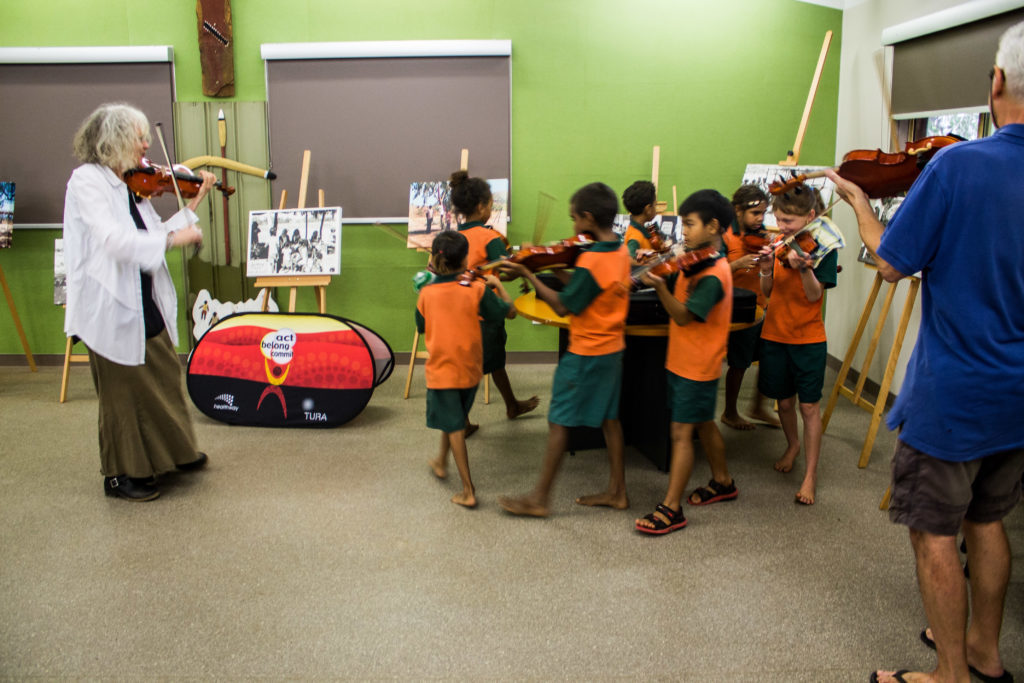 The enthusiasm of the younger students for circling a small table near the end of each class whilst playing rolling chords on their instruments is, if anything, increasing—as is the speed with which they roll the chords and the pace at which they race around. They make a big sound. 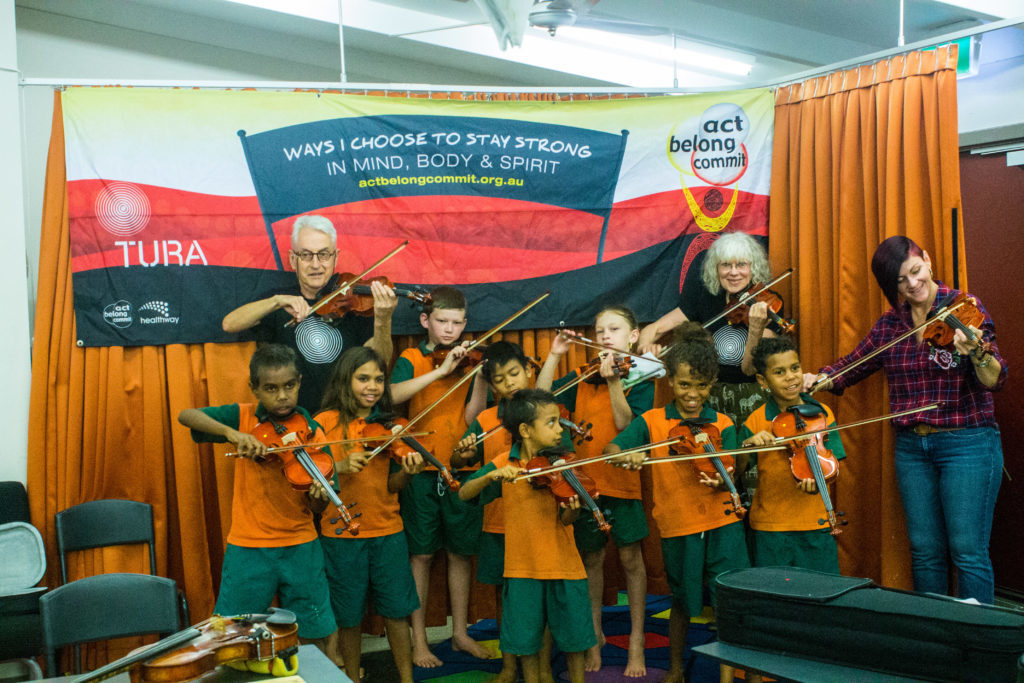 Meanwhile, the high school students have mastered a number of complex hip-hop rhythms and have begun to share their own rhythmic ideas for us to learn.

On my “off” time, I’ve recorded some early-morning dawn choruses nearby, at both Turkey Creek and Mistake Creek. I also transcribed a recording of pied butcherbirds that Jon made here last year and performed it for the students with the recording: first the birds, then me imitating them. It made an impression, and they followed along with the music notation. 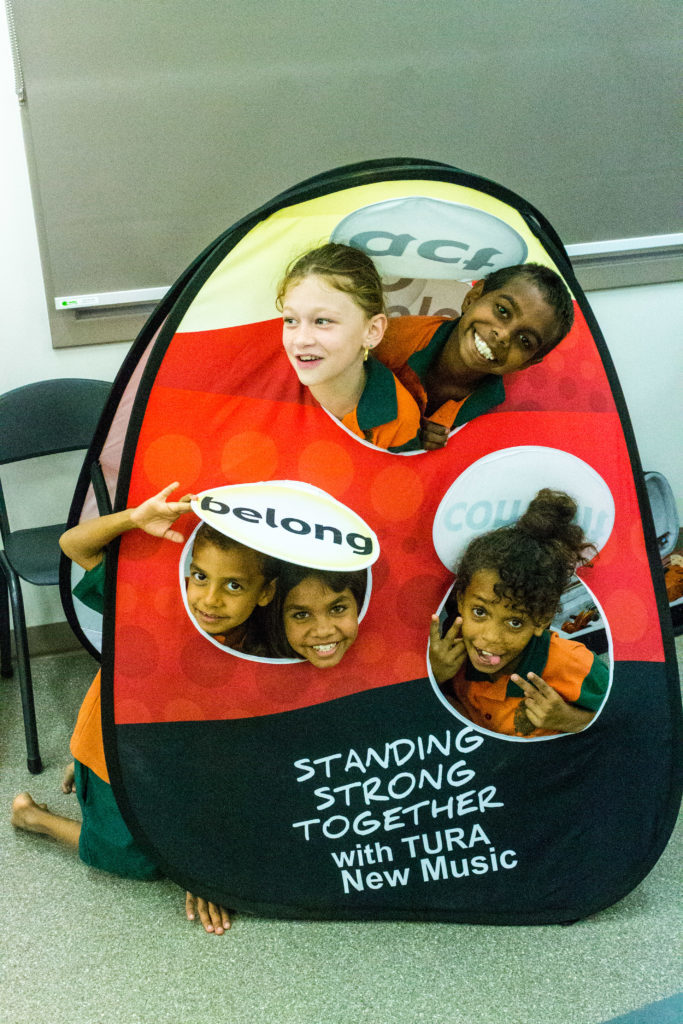 The 2018 Regional Residency Program is supported by Healthway promoting the Act-Belong-Commit message, The Ian Potter Foundation and the Rowley Foundation.