Japanese sound artist and musician Asuna works in and around notions of play, authenticity and noise-as-music through his steadfast DIY ethic, whether it be delicate improvised solo works or indie-rock & punk through to expansive environment-based sound scapes.

In 100 Keyboards, Asuna assembles a machine-orchestra comprised of one hundred humble toy keyboards, coercing them to harmonise, cross-talk and beat in conversation with the performance space’s acoustics. No two performances can be the same.

This is a truly one-of-a-kind performance in The Art Gallery of WA Concourse.

Creating experimental music and installation work from a very young age during the late 90’s, Asuna has gone on to become a pioneer within the experimental ambient/drone/improvisation scene in Tokyo, influencing and collaborating with many other Japanese electronic musicians. He has also released a number of albums for European, American and Japanese labels.

This will be Asuna’s debut performance in Perth and is presented by The SUBSTATION, Performance Space, Asialink, hellosQuare & SymbioticA, in association with Tura, as part of Unhallowed Arts. 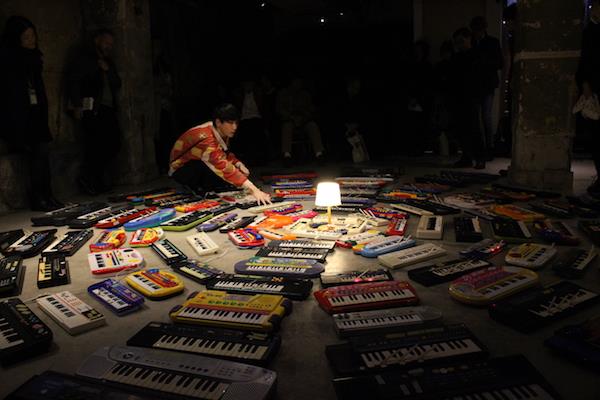