For the month of June, Gillian Howell returned to Fitzroy Crossing to work once again with students from the Fitzroy Valley District High School and with educators at the Baya Gawiy Children and Family Centre. Gillian, an experienced musician, researcher and educator uses the flow of the Fitzroy River as a metaphor to describe Sound FX:

In the first three years [of the program] we tapped into the local flows of music and musical interest, with the intention of supporting and augmenting those flows. 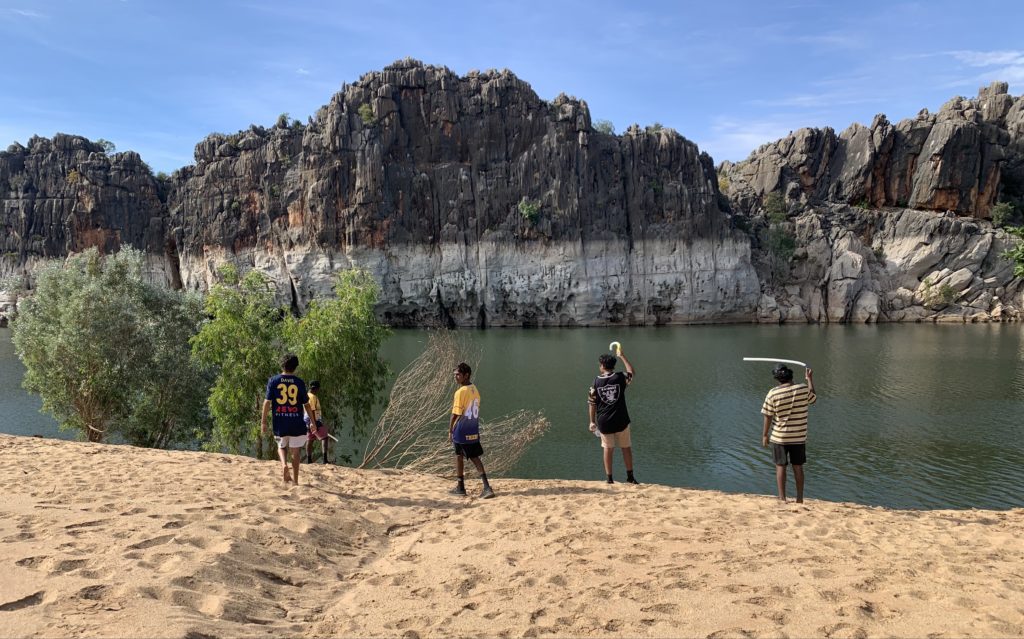 The June 2021 Sound FX program produced four original songs featuring local languages and English, and sharing important Indigenous knowledge about living sustainably on Country; an instrumental composition; and two community performances. Other creative projects began or had the seeds planted for later development when the next residency takes place in October 2021. In the meantime, the Flow album of original songs, sound-art, and musical journeys composed between 2017 and 2019 and recorded with Broome music legend Alan Pigram in 2019 continues to get airplay on Wangki Radio. It will be released for free public download by Tura in October.