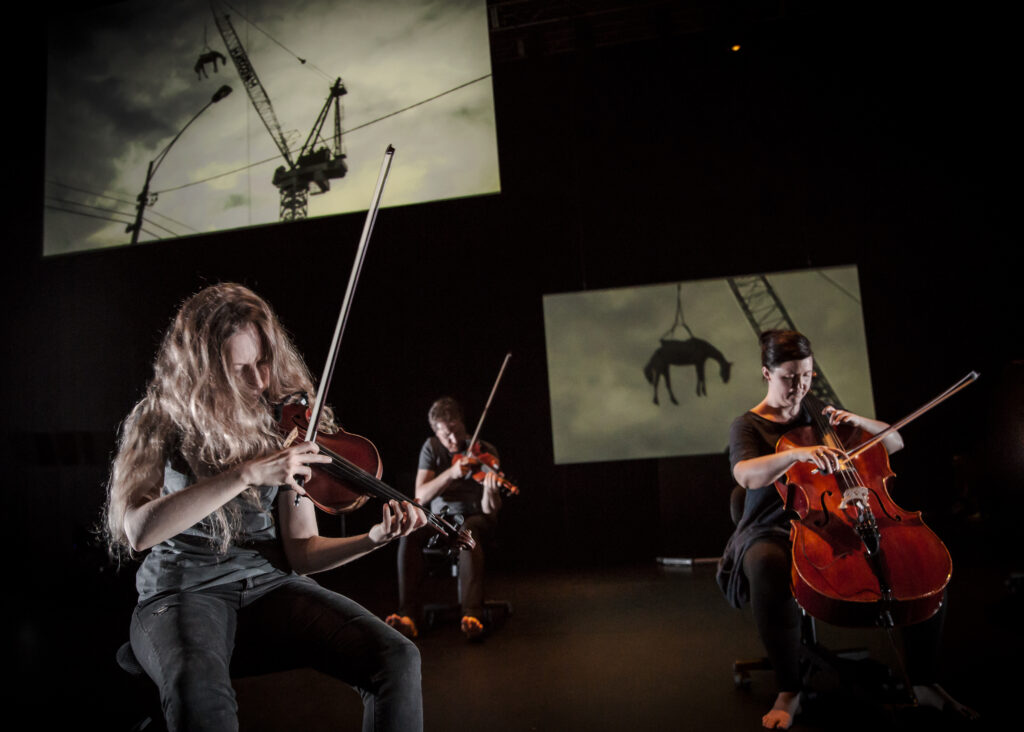 While You Sleep. Image by Briony Jackson.

An aural and visual excursion into both the musical fugue and the psychological ‘fugue state’, While You Sleep unites string quartet, piano, electronics, video and animation in a surreal counterpoint of music, movement and image where nothing is quite as it seems. The inherent contradiction and tension between these two very different possibilities is at the heart of this work, as is an exploration of the selective truth of memory, and the compelling possibilities of delusion.

Hand-drawn animation, live-action, video and stop motion are choreographed alongside the musicians on the stage. Pianist Jacob Abela, violinists Isabel Hede and Zachary Johnston, violist Phoebe Green and cellist David Moran are set in motion so that they trace intricate tracks and lines of flight across the stage on foot and on wheeled chairs. The music is memorised, and the performers engage and interact with three large screens, reversing, whizzing, spinning, emerging and disappearing between live performative elements and animated/visual content. 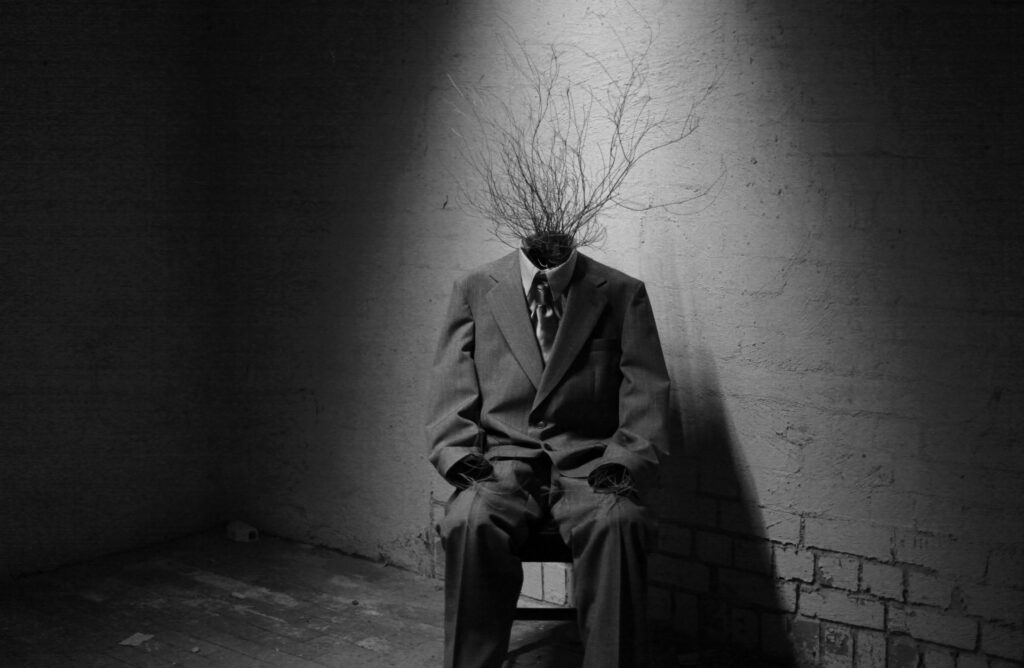 While You Sleep. Image by Sal Cooper.

Exploring flight, escape, memory and dissociation, While You Sleep is both contra­puntal experiment and escape from the present. Embracing the elaborate complexi­ty of the musical fugue – where a phrase is introduced by one instrument and then taken up by others – the work weaves gesture, design, light and immersive visuals. Hand-drawn animation, live-action, video and stop motion are choreographed alongside the musicians on the stage. Alluding to experiences that prompt the fugue state’s loss of self, While You Sleep dives into memory, uncertainty and our own delicate, repeated patterns of behavior. Dark, subtle, surprising and moving, While You Sleep deftly probes the uncertain landscapes between grief and identity, reality and illusion.

The tour of While You Sleep has been supported by the Australian Government through the Australia Council, its arts funding and advisory and the Contemporary Music Touring Program.

Sal Cooper is an interdisciplinary artist who has been practising for fifteen years with a focus on screen-based works. Her wide-ranging, cross-platform practice covers independent ﬁlmmaking, hand-drawn, and stop motion animation, installation and performative events.

Her work utilizes an observational language that gives expression to deliberate misunderstandings, absurd irregularities and comic abstractions. She employs complex and reﬁned production techniques to project a lyrical depth and meaning onto objects and landscapes – fully exploring the imaginative possibilities of the ordinary world around us.

The integration of music within the context of moving image is a central part of her practice as can be seen in her ongoing collaboration with composer Kate Neal under the title Flight Risk. This collaboration has given rise to a body of commissioned materi

al that includes major theatrical/performance works, concert pieces and music videos as well as work for cinematic settings. In the course of Sal’s practice she has undertaken several public art projects and attended residencies in Australia and overseas. Her short ﬁlms and experimental videos continue to be screened around the world. 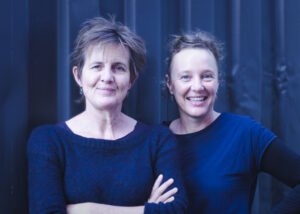 Kate Neal is an artist with over 20 years’ experience as a composer, arranger, teacher, artistic director and collaborator. In 2019 Neal premiered The Commuter Variations commissioned by the Melbourne Recital Centre (10th Anniversary), performed by Lisa Moore with animation by Sal Cooper. In 2018 Neal premiered While You Sleep, a 45min work for string quartet and visual media, with co-creator Sal Cooper and presented by Arts House, Melbourne. In 2016 she composed Permission To Speak a vocal work in collaboration with theatre-maker Tamara Saulwick. Produced and presented by Chamber Made, Permission to Speak achieved great critical acclaim, and also showcased at APAM 2018.

In 2017 Neal premiered Never Tilt Your Chair at PICA (Perth Institute of Contemporary Art) with the Sound Collectors, a work for over 200 pieces of cutlery. This involved substantial instrument design and construction. In 2015 Neal presented her concert-length work Semaphore, which won Instrumental Work of the Year as well as Performance of the Year at the APRA Art music awards, showcased at APAM (Brisbane) and pitched at Classical:Next (Rotterdam).

Jacob Abela (pianist/keyboardist) is a soloist and chamber musician specialising in new music. Based in Melbourne, Jacob is a co-director and performer in contemporary art music outfit Rubiks Collective, who have enjoyed critical acclaim for their contribution to Melbourne’s music scene. As a pianist, Jacob performs regularly with leading Australian ensembles, including performances with Ensemble Oﬀspring, Speak Percussion, Victorian Opera, Argonaut Ensemble (BIFEM), and Synergy Percussion. Festival credits include the Bang on a Can Summer Music Festival (USA), Bendigo International Festival of Exploratory Music, Metropolis New Music Festival, ISCM World New Music Days, Sydney Festival, and Mathemusical Conversations (Singapore). Recent projects include a tour to Europe with Rubiks in July/August performing a program of newly-commissioned and existing Australian works, the world premiere of TARZAN with Vienna-based experimental theatre company God’s Entertainment, and a solo recital at the Bendigo International Festival of Exploratory Music 2018.

Phoebe Green (viola) is active in her artistic practice as a performer, collaborator, researcher and advocate. Phoebe is passionate about music from our time and place, and its context in broader histories. She explores this passion through an inclusive approach to programming, and in the commissioning and performance of new works. In 2014 Phoebe attended the 47th International Summer Course for New Music in Darmstadt, Germany, and was awarded the Stipendienpreis for Interpretation. She recently participated in the Ensemble Evolution program at the Banﬀ Centre for Arts and Creativity with Artistic Directors Steve Schick and Claire Chase.

Isabel Hede (violin) completed her Bachelor of Music at the Victorian College of the Arts as a student of Miwako Abe, where she was the recipient of the Kate Flowers Memorial Award and the Athenaeum Soloist Award. She then went on to do a further three years of advanced study at the Australian National Academy of Music as a student of William Hennessy. During this time Isabel performed with various artists such as the Brodsky String Quartet, Anthony Marwood, Pekka Kuuisisto, and received masterclasses with Midori. She also performed in various festivals including the Huntington Estate Festival, the Melbourne and Perth International Arts Festivals, the Sydney Biennale and played in ensemble tours of China, Russia and Singapore. In the time of her freelance career Isabel has spent time living in Perth, Western Australia, Melbourne and more recently, London. During this time, Isabel has performed all styles of music with various ensembles around Australia and the world.

Zachary Johnston (violin) is a string educator, and random mandolinist. Zachary Johnston is a member of several new music ensembles including Arcko Symphonic Project, 3 Shades Black, Argonaut, and Bolt Ensemble. As part of long-term research (including a completed Masters of Music Performance Teaching) Zac is investigating into how curiosity and contemporary music is integrated into pedagogy, particularly in string studies. He has taken this philosophy into his education work with various ensembles including conducting State Music Camp, MSO Pizzicato Eﬀect, and a variety of improvisation and Exploratory Music workshops for school ensembles. Complementing this, Zac incorporates the live compositional technique of ‘Soundpainting’, created by Walter Thomson, into education and performances in Australia. Zac has performed with Argonaut for the Bendigo International Festival of Exploratory Music (BIFEM), participated in the 2014  and 2016 Internationales Musikinstitut Darmstadt, and performed as part of the 2015 Bang on a Can Summer Fes4val at MASS MoCA, Massachusetts. He is a monthly cohost with Biddy Connor for 3MBS’ “Classically Kids” Saturday morning show.

David Moran (cellist) is an Adelaidean cellist currently studying a Masters in practice-led research at Monash University under the supervision of Professor Cat Hope. David recently completed studies at the Australian National Academy of Music under the tutelage of Howard Penny and holds a Bachelor of Music with First Class Honours from the Elder Conservatorium. This year, David received funding for a major project through Arts SA for the co-composition of several new works for cello and live electronics with Iran Sanadzadeh. He also toured with Opera Australia for their regional production of Carmen and received a 5-star review in ‘Limelight’ for his performances in 1:1 for the Adelaide Festival. In 2020, David was awarded Chamber Music Adelaide’s Young Artist Award, auditioned successfully for the Lucerne Festival Academy, received funding from the City of Melbourne for work on a largescale new solo cello work with composer David Murray, and participated in Australian Art Orchestra’s Creative Music Intensive