Five sounds, locations, and photographs captured in the Boorloo region, exploring the natural process of decay and deletion.

Five locations in the Boorloo region.
Five moments in time captured.
Five instruments are recorded by the artist.
Five photographs are taken.
One minute in each location.
Didgeridoo. Bullroarer. Guitar. Tuning Forks. Synthesizer.

The sound and the image of a moment is slowly stripped of its harmonic content.
Sound and colours fade into pure white as time slips away.

A slow, soft and inevitable decay.
Time passes and so does the dominant systems of our environment.
Cultures fade away and make for new systems.
As soon as a moment is captured, a moment is already fading into history.

All time and matter must pass, decay and deteriorate.
The natural process of deletion is universal. 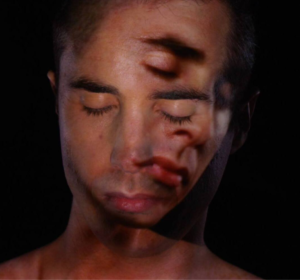 Steven is a co-founder of music and arts festival Camp Doogs (est. 2013) and records, releases and performs music with acts Injured Ninja, Selfless Orchestra, Usurper of Modern Medicine, and Doublethink Prism. He is a frequent collaborator with esteemed Australian artist Stelarc and directed his first documentary series for the ABC: ‘Biogenesis,’ released August 2019, focusing on the world of Biological Art.