Melding field recordings from WA wetlands with double bass recordings from Victoria, Baigup Learning questions how the future of art across timezones will start to look after a global pandemic.

Notes from the Composers

Baigup Learning merges acoustic ecologies and semi-autonomous digital processing. Field recordings from Baigup wetlands on Whadjuk country in Western Australia, as well as double bass recordings made during a residency at Bogong Centre for Sound Culture in Victoria, Australia constitute the raw material of the piece, sometimes appearing in their original shape, while at other times becoming transformed through digital processing systems and encounters with physical objects such as cymbals and gongs. During the creation of the piece, several learning processes emerged across acoustic and digital domains: Working with the delicate and highly intricate textures of the field recordings beckoned us to consider the balance of every discrete addition against the complexity and integrity of evolution as expressed through environmental sound, while the autonomy and sometimes bewildering idiosyncrasies of the bespoke digital processing provoked a reassessment of musical authorship. Additionally, facing a pandemic is a reminder that the global village is still built from hay and clay and that any disruption to society is a challenge to the arts, preconditioned by the social as they are. Working across continents and time-zones teaches us about the fragility of globalisation and forces us to reckon with the fact that, in order to preserve the very condition for the present work—that is, nature and biodiversity—artists, like anyone else will need to engage with a future where intercontinental mobility, and hence collaborations, may look very different. 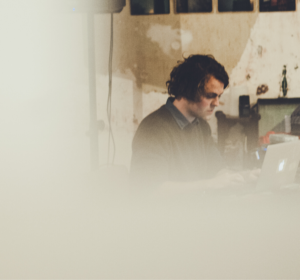 Josten Myburgh (AU) is a musician based on Whadjuk Noongar boodja (Boorloo/Perth, Australia). He is a committed organiser in Perth and curates the Audible Edge festival through label Tone List. As a performer, he works with electro-acoustic techniques, improvisation on saxophone, field recording, and experimental composition in a broad range of settings. Notable performances of his include the Fremantle Biennale, Supersense Festival of the Ecstatic (Melbourne), Festival Cable#8 (Nantes), KLEX Festival (Kuala Lumpur), SENSA (Cape Town), Inland Concert Series (Melbourne) and the Totally Huge New Music Festival (Perth). 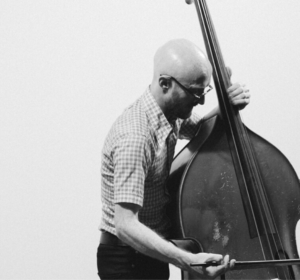 Adam Pultz Melbye (DK/DE) is an improviser, sonic artist and researcher based in Berlin. His current focus is on the design of and performance with adaptive and metastable double bass feedback systems that exhibit novel and autonomous behaviour. Adam has performed his work in Europe, the US, Japan and Australia and appears on more than 40 releases. He is currently undertaking artistic led PhD-research at Sonic Arts Research Centre at Queen’s University Belfast.