Combining automated sequencers with aspects of nature, Automata invites viewers to imagine themselves on the banks of the Warren River, watching small organisms moving under the surface.

Automata is a piece that contemplates the interplay between machine and nature, and is also part of a greater exploration within my practice of combining automated sequencers with aspects of nature. The piece is based upon a photograph of water droplets on Warren River near Pemberton/South West Boojarah Region, Western Australia, accompanied with field recordings from the same area. 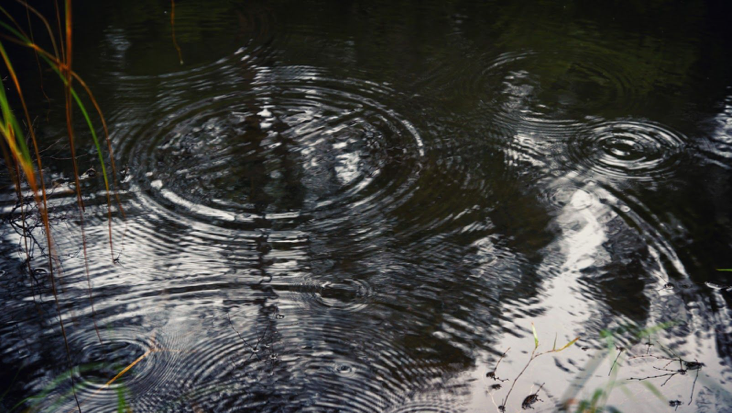 In 2017, I spent some time walking along the banks of the Warren River, admiring how beautifully melodic the ripples appeared as they intersected and danced around each other. I also admired how full of life the river was, both above and below the surface. For Automata, I used Iannix to trace the shapes of the ripples to control the movement of the cursors and placement of triggers, and Ableton to process the field recordings and provide the virtual synth instrument.

Automata invites viewers to imagine themselves on the banks of the Warren, watching small organisms moving under the surface. 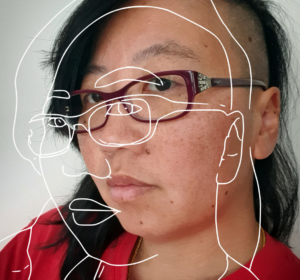 Born in 1982 in Hong Kong, C. Tsang (pronouns: they/them) is a nonbinary audio-visual artist living in Perth, Australia. Their work explores the emotional nature of landscape, and the main focus of their practice has been on their response to the natural landscape as a composer and performer, incorporating audio and visual elements of place into compositions, and using the landscape as a narrative device.

C. has performed and exhibited their works in Australia, Asia, UK, Ireland and the USA as samarobryn, and has been nominated multiple times in the WAM Song Of The Year Awards in the experimental category. They were also nominated in the 2019 WAM Awards for Best Experimental Artist. They are currently a PhD candidate at the Western Australian Academy Of Performing Arts (Edith Cowan University).