A sea of screaming balloons take front and centre as an unworldly figure speaks to us.

Aerosol was commissioned as part of the Tura Adapts 2020 Commissions No Borders – see more commissions here.

Choked air begins to propagate, as an unworldly figure speaks to us through the sounds of screaming balloons.  This message-in-a-virtual-bottle summons our breath to unite in a hypnotic coda.  What do you believe?  Is it an enchantment, elixir, ritual, or something more sinister?
Aerosol was co-created by Michael Sollis and Thea Rossen.  Recorded during Melbourne lockdown in August 2020, Aerosol takes elements from their Milk Carton Confessions.  Produced and written by Michael Sollis, performed by Thea Rossen. 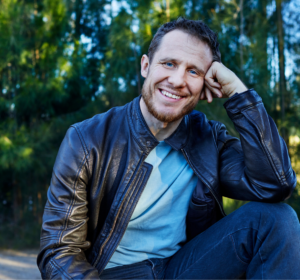 Michael creates captivating artistic journeys by sharing diverse worldviews with curious people, inviting audiences to discover and question the world around them. As a composer, artistic director, and mandolinist, Michael has had a unique impact on the Australian music scene. This has included his work as founder, composer, and director of the acclaimed Griffyn Ensemble, and the very first Artistic Director, Education for Musica Viva Australia – working with Australia’s finest musicians to give over 280,000 students every year the best opportunity to discover music and creativity.

Michael is among the most sought-out creative voices in Australia, producing new work through diverse collaborations – whether it be with visual artists, dancers, astronomers, geneticists, farmers, or Rugby League clubs. Michael has created groundbreaking works in locations across the globe: in Australia from rural Tennant Creek to his home city of Canberra, and internationally from Papua New Guinea to Norway. As an Australian composer, his works have been performed by groups such as the Australian String Quartet, the Australian Voices, and internationally by exhAust, the peärls before swïne experience, and Red Note Ensemble.

Regarded as one of Australia’s foremost arts educators and teaching artists, Michael supports educators, arts organisations, communities, and businesses to create lasting change through creativity and the arts. Michael’s approach enables people of all ages and backgrounds to discover their own unique creative pathway. He also speaks at conferences and forums to communicate the importance of creativity and arts advocacy.

Michael’s research into music and language has been published by ANU E-Press and the Australian Journal of Linguistics. 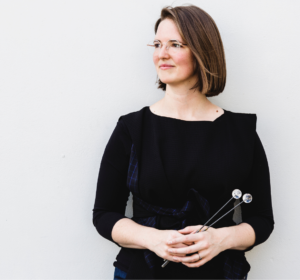 Thea Rossen is a dynamic percussionist, composer, and educator based in Melbourne. She is celebrated for her solo and chamber recitals and has attracted worldwide attention for her Music for our Changing Climate, a powerful performance exploring issues surrounding climate change developed with her ensemble the Ad Lib Collective throughout a residency at Banff Centre for Arts and Creativity, Canada.

As a soloist and chamber musician, Thea was a fellow at the Bang on a Can Summer Festival and a finalist for the Freedman Classical Music Fellowship in 2018. Thea has presented works at the Melbourne Recital Centre’s Metropolis Festival, Peninsula Summer Music Festival and was presented by Play On as a featured artist in their sixth series. She is also a casual member of the percussion sections of the Melbourne Symphony Orchestra and Orchestra Victoria. Most recently, Thea presented the premiere of The Milk Carton Confessions at Extended Play Festival in Sydney, a new solo show written by composer Michael Sollis.

As an educator Thea has written and facilitated shows and workshops for the Melbourne Symphony Orchestra, Melbourne Recital Centre and Art Play, she has guest lectured at the Melbourne University and tours regularly with Water Water Everywhere for Music Viva in Schools.

During her time at the Australian National Academy of Music, Thea was awarded prizes for all of her solo recitals including Most Outstanding Performance and Best Program. Thea received her Bachelor of Music Degree with honours at the University of Western Australia studying with Dr Louise Devenish and Tim White.