Sentiment Logistics follows a series of short video clips outlining various modes of
transport, logistics and infrastructure within an urban setting offering a wry commentary on our own emotional burdens.

Sentiment Logistics follows a series of short video clips outlining various modes of
transport, logistics and infrastructure within an urban setting. All of the signage points
to the organisation and movement of emotional states, perceptions and abstractions.
This is a fanciful extrapolation of the current conditions of isolation, where direct
human communication and expression is so limited we are imagining new and large
scale modes of sentiment delivery. The piece also offers a wry commentary on our
own emotional burdens.

Sal Cooper (animation/visual media) and Kate Neal (composition/sound design) have been
collaborating for over 12 years.
Their cross-platform work is concerned with developing new languages to explore aspects of our human existence and articulating these discoveries through the relationship between vision and sound. Cooper and Neal create work across a variety of presentation 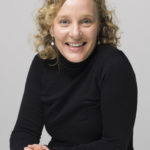 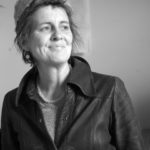 mediums: short films for cinematic and performance contexts; large-scale staged visual-theatre works; installations and new music concert pieces.
Their first collaboration Song For a Comb was a Tropfest finalist in 2009 and won Best
Animation and Women in Film Awards. In 2019 they premiered The Commuter Variations,
for solo piano and animation with New York based pianist Lisa Moore. While You Sleep, a
45min live theatrical performance piece for string quartet and visual media, premiered in a
sell out season at Arts House in November 2018. They are currently developing a number of commissions including a major new work ‘A Book of Hours: a study intime and motion’ with Gerard Van Dyck and the Rubiks Collective.