Dedicated to the friends and families of those who were taken too soon, Little Requiem explores the limits in what is believed to be a globalised world.

Little Requiem in the form of 3 Antique Dances for Toy Piano by Anthony Moles & Carmen Morales was commissioned as part of the Tura Adapts 2020 Commissions No Borders – see more commissions here.

A ​Requiem ​is a musical setting of the Latin Mass for the Dead, or an act or token of Remembrance.  Little Requiem in the form of 3 Antique Dances​ is an expression of the latter. However, as is tradition, I have used the pitches of the Dies Irae (Day of Judgement) plainchant in the Danse Macabre. This movement uses the beginning phrase of this chant as a starting point.

The ​Antique Dances​ refers to dance forms often used by composers in the Renaissance, Baroque and classical periods.  In keeping with the rhythmic characteristics and overall structure of each dance, I hope to have created music that sounds both old and new.

Little Requiem in the form of 3 Antique Dances​ is dedicated to the friends and families of those who were taken too soon.

We live in a society that tells us that there are no boundaries, no frontiers, that we live in a global world. However, these limits are currently more present than ever.  Perhaps these lines do not represent borders, but the differences between humans: social, economical and philosophical.  A uniform society we are not. The richness of our thoughts, ways of life, and experimentation in arts: these are the ways we can break the new lines of limitation.

The combination of the sweet timbre of the toy piano, the antique air of the music, and the mystery of the imagery represent such differences. Together they make a unity. 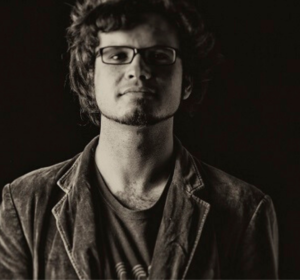 The music of composer and pianist Anthony Moles has been described as being both ‘full of mechanistic drive and flair’ (Move Records) and yet ‘containing moments of lapidary stillness at its centre’ (The Music Trust).  The Sydney Morning Herald called his fiendishly difficult piano piece Diabolic Machines ‘a virtuoso showstopper’.

Current projects include a collaboration with electronic music producer and sound designer Signbit and a large-scale piano cycle for pianist Daniel Johnson.

Anthony is a recipient of the Dorothy Glover Memorial Trust Scholarship and a University of Sydney Postgraduate Award.  Listen to his music on Soundcloud and follow him on Instagram. 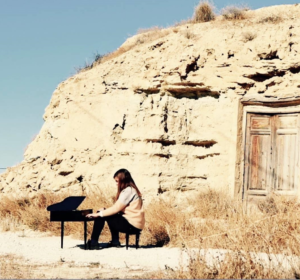 Carmen Morales (born 1990) is a pianist, keyboard player, and sound and video artist based in Spain.  She studied at the Conservatorio Superior de Música de Málaga and at the Musikhochschule Stuttgart with Nicholas Hodges.

Carmen specialises in contemporary music and improvisation.  Her repertoire includes a large amount of music for piano and electronics by female composers.  She has given the premiere of many pieces.  Her Masters degree explored both the prepared piano and the relationships between the piano and electronics.