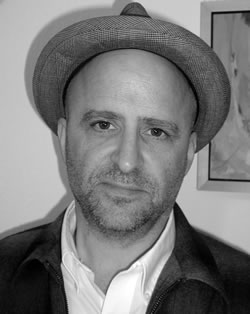 The Conference is presented by Tura New Music, in association with the Music Research Group in the Faculty of Education and Arts, Edith Cowan University, including the Western Australian Academy of Performing Arts and Central TAFE. Douglas Kahn’s attendance is facilitated by the Australian Network for Art and Technology and Art Monthly Australia.

The THNMF Conference, held as an adjunct to The 9th Totally Huge New Music Festival, is a forum for artists from diverse areas of practice, along with critics, commentators and academics, to discuss the ideas which underline contemporary new music and sound art – the histories, methods, theories, approaches, techniques and dreams which make up the modern world of music and sound arts.

The THNMF conference is a fully DEST refereed conference that offers opportunities for presentations of refereed and non refereed papers, performances, demonstrations and workshops held over two days, and there is the opportunity for publication in the conference proceedings, Sound Scripts, published by the Australian Music Centre. The November edition of Art Monthly Australia, guest edited by Douglas Kahn, will also be launched during this year’s Conference.

The Conference is presented by Tura New Music, in association with the Faculty of Education and Arts, Edith Cowan University, including the Western Australian Academy of Performing Arts. Douglas Kahn’s attendance is facilitated by the Australian Network for Art and Technology and Art Monthly Australia.

NB The conference is after the main Festival and there will be Conference only performance and installation events curated for the Conference.

Douglas Kahn writes on sound and electromagnetism in the arts from the late-19th Century to the present, with an emphasis on the avant-garde and experimentalism in their relation to science and technology. He is Professor at University of California, Davis, in Art History, Music and Technocultural Studies. and author of Noise, Water, Meat: A History of Sound in the Arts (MIT Press),coeditor of Wireless Imagination: Sound, Radio and the Avant-garde (MITPress).

Current projects include a book sourced from Source: Music of the Avant-garde, edited with Larry Austin; Mainframe Experimentalism: Early Computing and the Experimental Arts, edited with Hannah Higgins; and Earth Sound Earth Signal, on the arts of acoustics and electromagnetism on a geophysical scale. All books are forthcoming from University of California Press, where he also edits a new book series, arstechne, edited by Margaret Morse and Erkki Huhtamo, on histories and theories of the arts, science and technology.