The Rosenberg Museum in a time of lockdown.

The Rosenberg Museum is the creation of violinist, composer, artist, inventor, Jon Rose, and houses over 1000 artefacts of violin iconography – a cabinet of curiosities highlighting the musically perverse, historically twisted, culturally critical, and politically charged.

Tura was due to partner with Jon Rose to present the next edition of the Rosenberg Museum in Sydney in July, however, as a result of COVID-19, Tura has partnered with Jon to create two videos in lockdown.

The Museum in Lockdown

Jon Rose presents a selection of stored instruments from The Rosenberg Museum, including new homemade instruments that have yet to be heard and seen in a public museum setting.

Installations of The Rosenberg Museum have been featured all over Europe and Australia in its 30-year life. The museum is the creation of violinist, composer, artist, inventor, writer, Jon Rose and houses a cornucopia of violin iconography, highlighting violin stories that are musically other, historically twisted, or culturally critical.

Amongst the collection is featured a robot violin played live by very wealthy Wall Street traders, a player piano transcription of a Las Vegas casino where extremely poor people lose the rest of their money, a bowing machine, an automatic string quartet powered by Robbie Avernaim’s SARPS, Cor Fuhler’s Keyolin, a plethora of home-made instruments including The Fence, The Plectraphone, The Traveling Monochord, the 6 String Downpipe, the Bowing Wheel, The musical Coffin, a replica of Paganini’s penis, an abandoned electric organ, the ultimate book of music criticism ‘rosenberg 3.1’, and violin iconography that is profound, humorous, bent, and often transgressively challenging.

The museum also celebrates a retrospective look at three Jon Rose projects – the world renowned Great Fences of Australia, The Pursuit Project, and The Relative Violins including a reconstruction of the triple neck wheeling violin.

This radical cornucopia of over 1,000 artefacts of violinography has been exhibited throughout Europe and was brought home to Australia in 2015 where it has been exhibited at Carriageworks (Sydney) and Substation (Melbourne) amongst other smaller venues. The Violin Generator presented by The SUBSTATION in conjunction with Tura in 2019, activated the museum in a new way, and explored the boundaries of the violin musically, aesthetically and functionally. 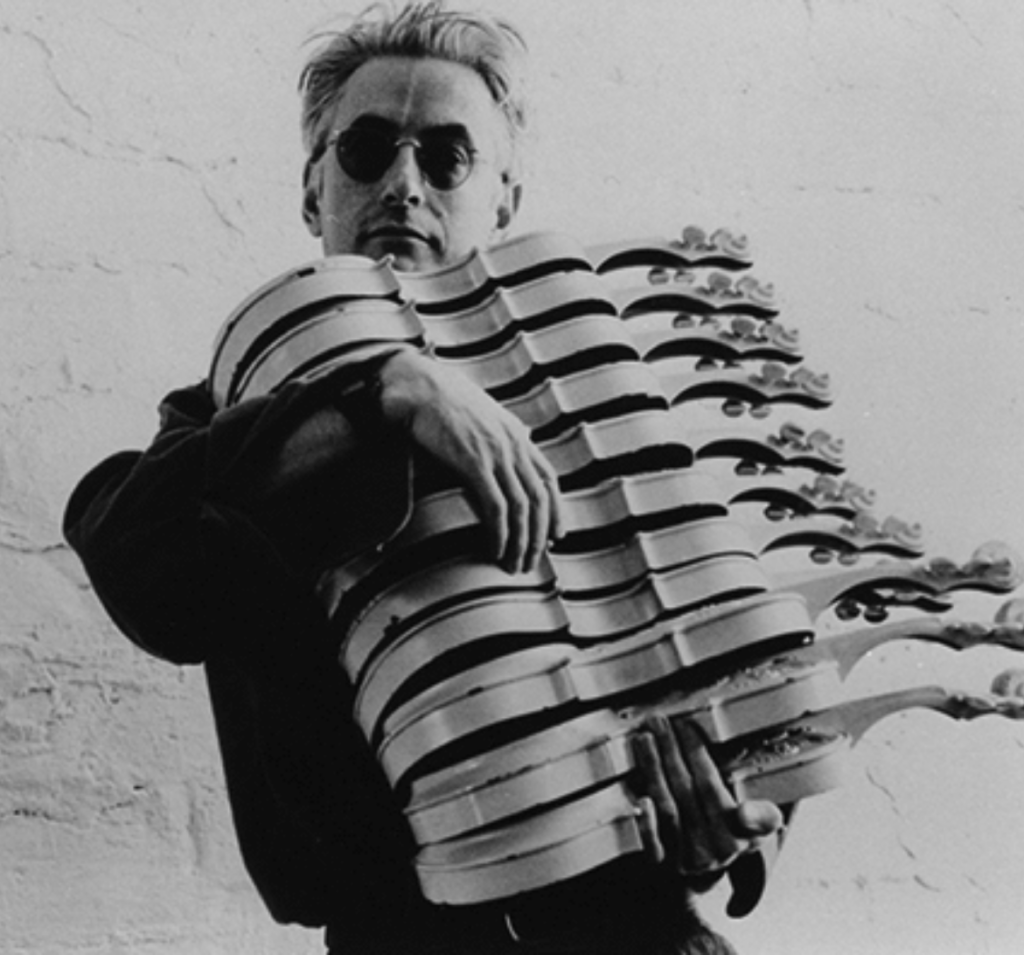 The Rosenberg Museum under lockdown by Jon Rose is supported by Tura New Music.