Works by Gordon Monahan and Chiyoko Szlavnics reimagine the instrument, stretching the limits of how a piano can produce sound. Breathtaking explorations of the inside and outside of the piano, of overtone resonances, and the melding and bending of electronic tones coax the instrument into a new realm, inviting an entirely new perspective on sound and listening.

Works by Nicole Lizée and Ann Southam bring in visual elements to augment the piano. Lynch Etudes is Lizée’s fantastic tribute to the director, with cut-up piano music and a dazzling, mind-blowing collection of glitched clips from David Lynch films. The result is an immersive, psychedelic journey through a deconstructed version of the original storylines. Finally, Ann Southam’s Simple Lines of Enquiry, written for Eve Egoyan, is combined with artist David Rokeby’s Machine for Taking Time, in which 750,000 images are explored by a computer, which stitches together leisurely continuous pans across the city of Montreal. An expansive and meticulous meeting of art works, this presentation creates a meditation on space and the unfolding of sound through time.

Eve Egoyan is an artist whose medium is the piano. Her intense focus, command of the instrument, insightful interpretations, and unique programmes welcome audiences into unknown territory. Her recordings have received accolades including “Best Classical”, The Globe and Mail (1999), for her first solo CD, and one of “Ten Top” classical discs, The New Yorker magazine (2009), and “Top Classical Disc of the Year”, The Globe and Mail (2011). Eve’s recent releases include Thought and Desire, works by Linda Catlin Smith, and De Puro Amor / En Amor Duro, Maria de Alvear’s epic diptych. Recent touring includes solo recitals at the following festivals: Transart, Italy; Klangspuren, Austria; the Huddersfield Festival, U.K.; and the Modulus Festival, Vancouver, Canada. Eve’s most recent project, SOLO FOR DUET, is a deeply integrated virtuosic mix of sound, image, and unspoken narrative challenging traditional conceptions of piano and pianist which is currently touring internationally. Eve was selected as one of the 25 greatest Canadian classical pianists of all time by the Canadian Broadcasting Corporation. 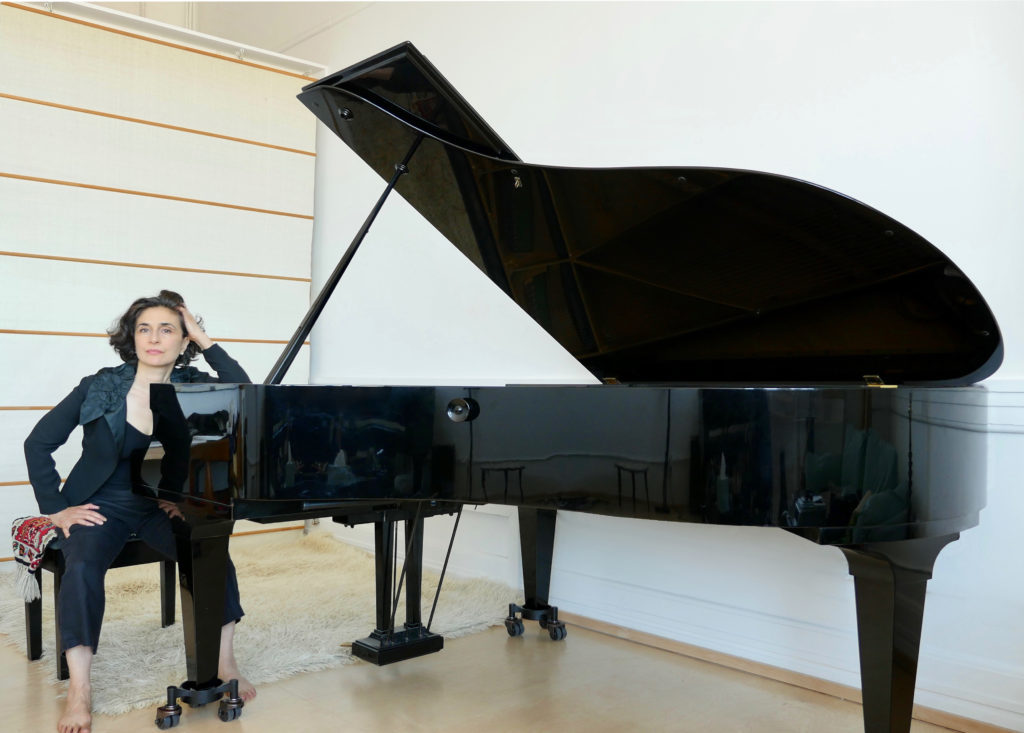