The City of Perth and Tura New Music present the 2017 TRANSMISSION Sound Art Installation commission. The commission seeks to create a new sound-based artwork to be delivered via a sensor-activated speaker system located in the Hay Street Mall, Perth.

The artist selected for 2017 is local sound artist Daniel Spriggs whose work is titled Sheoaks, Shakuhachi and the Doctor. The work aims to explore the modulating hum of the sheoak ghost song, caused by wind passing through the leaves resurrecting a reverberation that was once commonly heard in the pre-colonial Perth and its surrounds. 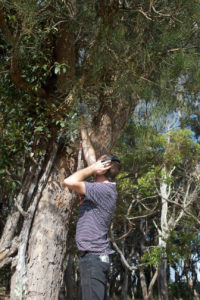 Sheoaks, Shakuhachi and the Doctor is a sound sculpture of the lost biophony of the location the city now sits on. Where once the sheoaks used to stand now stands buildings, roads, cars and people moving through. The work brings the original acoustic ecology back to where it once belonged and played a ghostly song with the famous wind from the South-West we call the Doctor.

When the wind passes through the fine leaves of the sheoak it awakens with hum and hiss. United with the shakuhachi, an ancient bamboo flute originally used by esoteric Zen Buddhist monks as a breath awareness instrument. The work attempts to connect all who come to pass a connection back to the earth, the coming and going of life, breath and the seasons.

Evoking a connection to the ancient world of which we live in, as opposed to on. 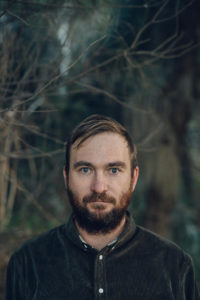 first came across sound installation art at Edith Cowan University when studying sculpture/electronic art under Derek Kreckler.  My art practice lead me to become involved in the now defunct Kurb Art Gallery that operated on William Street. It was here where a group of amateur musicians began an experimental gong band called the Kurbist Gong Band. We played many shows over a 10-year period touring Indonesia, Singapore and the Philippines.

The last show was in 2015 at the Festival of Slow Music, Ballarat. It was during an improvisation with Shakuhachi master Brian Richie of Violent Femes and musical director of MONA that I came across this haunting flute. I have been hooked by its dynamic expressiveness ever since. Over a year ago I was accepted as a student of Cornelius “Shinzen” Boots, a contemporary artist of the breath who has studied and become a master in the Watazumido lineage.

It is here during my practices along the river in Maylands in a small sheoak forest that I came across the combination that I wish to share with the unsuspecting citizens of Perth.

I also work as a Gaffer in the flim industry, working on many of the large productions such as Red Dog, Blue Dog, Hounds of Love and Breathe. 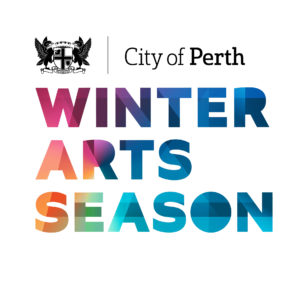