Beginning his career as a folk-blues guitarist and singer songwriter, Cooper’s output has expanded to include improvised and electronic music, live music for silent films, radio art and sound installations. He is also a music journalist, a visual artist, film and video maker, avid collector of Hawaiian shirts and appears on more than 60 records to date. 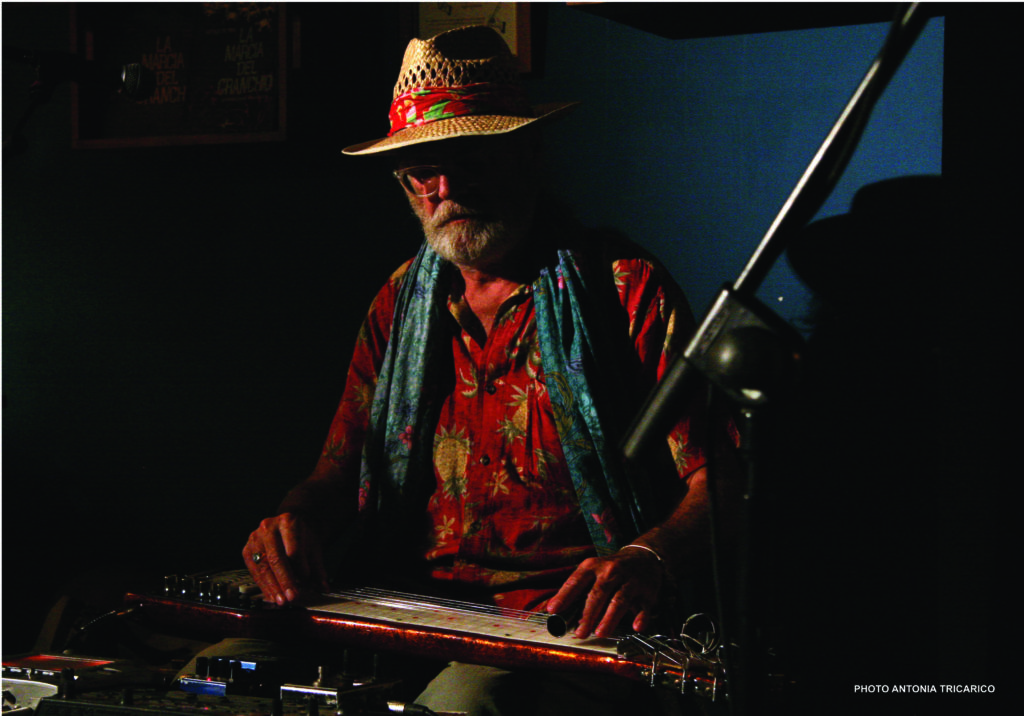 Mike will also present composition and film workshops to students at WAAPA and Edith Cowan University.

Perth audiences will have two opportunities to experience Cooper performing solo as part of his 75th Birthday tour.

Tura’s monthly improvisation night, iMprov at bar 459 hosts Cooper performing an improvised solo set. Cooper’s favoured instrument is a vintage 1930’s National tri-cone resophonic guitar played acoustically and treated through a series of digital sampling and looping devices, his voice and a vast collection of found sounds. Support will be provided by participants of the weekend groups’ workshops.

The residency concludes with the presentation of Cooper’s genre defining live original soundtrack to the 1928 black and white classic White Shadows In The South Seas at Pakenham Street Arts Space on April 26 as part of Hemispheres.

“Running his Hawaiian loops sweet and slow, Mike Cooper’s homage to Arthur Lyman is a masterpiece of contemporary exotica.” – The Wire.

The Academy Award winning White Shadows In The South Seas was the first Metro-Goldwyn-Mayer film to feature the well-known roar of Leo the Lion in the opening credits and the first MGM feature film to be released with pre recorded soundtrack. The film features a supporting cast of almost all Tahitian islanders and/or actors with only the featured stars and a few heavies/villains coming from Hollywood.