Since 2017 Tura has worked closely with the Fitzroy Crossing (colloquially abbreviated to FX) and Fitzroy Valley communities, creating bridges between traditional and contemporary music and sound, city and region. Originally called the Fitzroy Valley New Music Project, Tura’s Sound FX program explores music, story and language through long term collaborations. Led by musician and community music facilitator Gillian Howell, we have worked with many organisations including Fitzroy Valley District High School, Marninwarntikura Women’s Resource Centre, Baya Gawiy Children and Family Centre, Wangki Radio, Marra Worra Worra Aboriginal Corporation, Nindilingarri Cultural Health Services and Mangkaja Arts Resource Agency. The program has supported the work of these host organisations whilst developing new musical works for performance, distribution and education. It’s been a privilege for Tura to work with these groups and we thank everyone for their ongoing engagement and contribution.

For the month of June, Gillian Howell returned to Fitzroy Crossing to work once again with students from the Fitzroy Valley District High School and with educators at the Baya Gawiy Children and Family Centre. Gillian, an experienced musician, researcher and educator uses the flow of the Fitzroy River as a metaphor to describe Sound FX:

In the first three years [of the program] we tapped into the local flows of music and musical interest, with the intention of supporting and augmenting those flows. 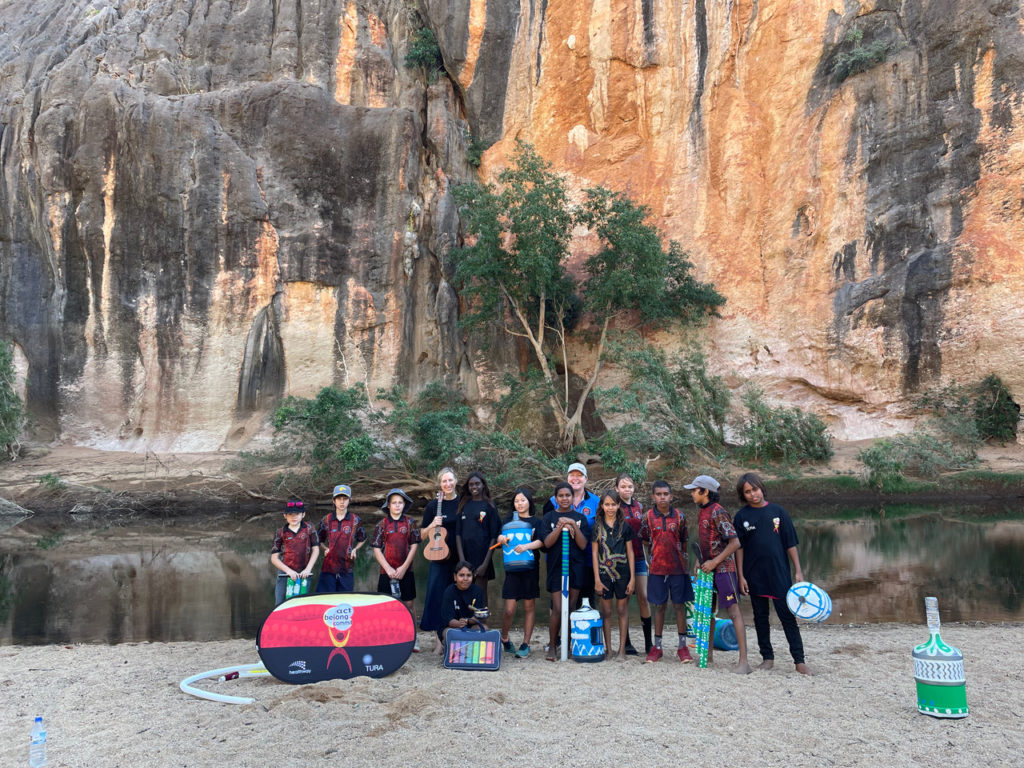 Since then, the collaborative relationship between Howell and the students has continued to develop and expand. Key collaborative partnerships have evolved with Indigenous language teachers in the community, leading to new songs written in three of the local heritage languages (Bunuba, Gooniyandi and Walmajarri) which will form part of the language teaching programs in the schools and kindergarten. These resources are an important support for the language educators and their mission to use creative and arts-based resources to develop young people’s confidence in their heritage languages. Two of the most recent songs are in Gooniyandi language: a counting song about pelicans (Mayarda) and a song that gives practical information for protecting the sawfish, a critically endangered species that is found in the Martuwarra (Fitzroy River).

The June 2021 residency coincided with the lead-up to NAIDOC Week, and the music created by students in years 5 & 6 and years 9 & 10 responded to the theme of NAIDOC in 2021: Heal Country! The year 5 & 6 students created a highly energetic, straight-talking song that featured percussion instruments made by the students in the 2020 Tura New Music residency with Peter Keelan. It described all the ways that Country had been damaged through extractive practices and careless treatment. They followed this with a more optimistic song about the ways that young people can care for Country and help it to heal. 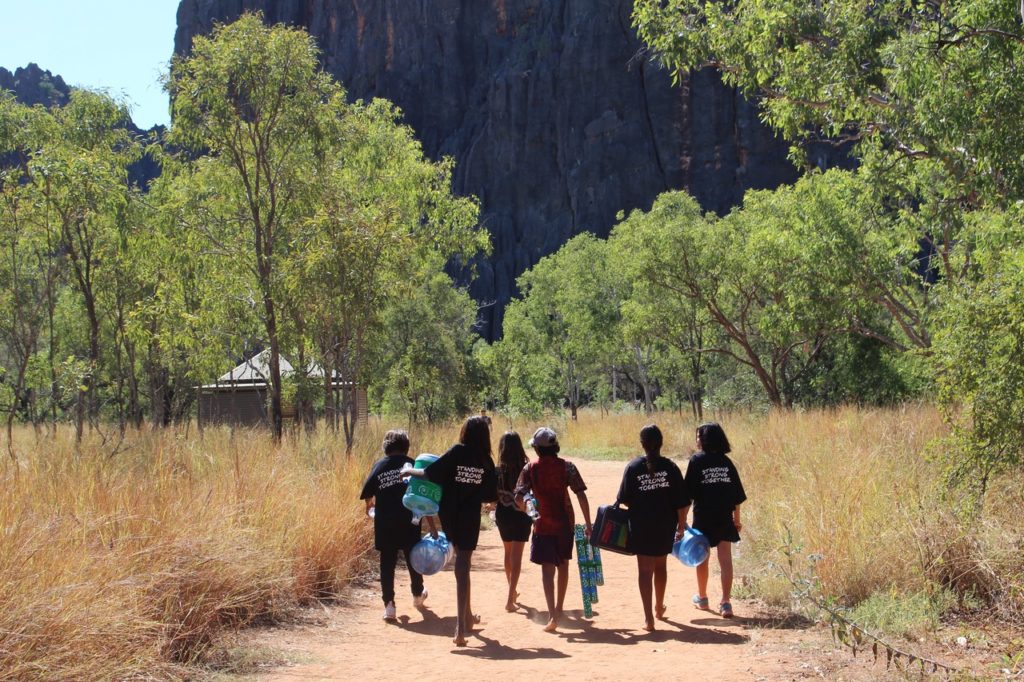 The year 9 & 10 students created an atmospheric soundscape depicting Country in perfect harmony and balance, entitled Country Harmonising. This track utilized many unusual instruments, including the newest addition to Tura’s Sound FX instrument collection – a set of ten Harmonic Whirlies. The Whirlies have an other-worldly sound that inspired some great improvisations during our On Country learning, and also inspired the title of the year 9 & 10 composition, Country Harmonising.

The recordings produced by the children riffed off this year’s NAIDOC theme ‘Heal Country’, with references to the harmonious relationship between Indigenous Australians and Country, and the environmental impacts of pastoralism and big business on the local community.

On Country Learning was a key feature of this year’s residency, with an excursion to Windjana Gorge (see images above) for students in years 5 & 6 to sing the songs they’d composed for NAIDOC Week, as well as songs composed in previous residencies. This included ‘Flow’, a song written for the river (singing it to the river is a particularly powerful experience) and Jandamarra (a Bunuba resistance fighter who staged one of his most effective ambushes against the colonisers in Windjana Gorge). Year 9 boys brought whirlies to Geikie Gorge during another excursion to experiment with the echo potential of the tubes against the walls of the gorge.

The June 2021 Sound FX program produced four original songs featuring heritage languages and English, and sharing important Indigenous knowledge about living sustainably on Country; an instrumental composition; and two community performances. Other creative projects began or had the seeds planted for later development when the next residency takes place in October 2021. In the meantime, the Flow album of original songs, sound-art, and musical journeys composed between 2017 and 2019 and recorded with Broome music legend Alan Pigram in 2019 continues to get airplay on Wangki Radio. It will be released for free public download by Tura in October.

Thanks and well done to everyone, particularly Gillian and the amazing students for all their work, which we can’t wait to share with everyone beyond Fitzroy Crossing in the coming months.