Tura in partnership with STRUT Dance, and LINK Dance Company, is pleased to announce that SITU-8 will return in 2021 for another season of site specific short and sharp dance works. 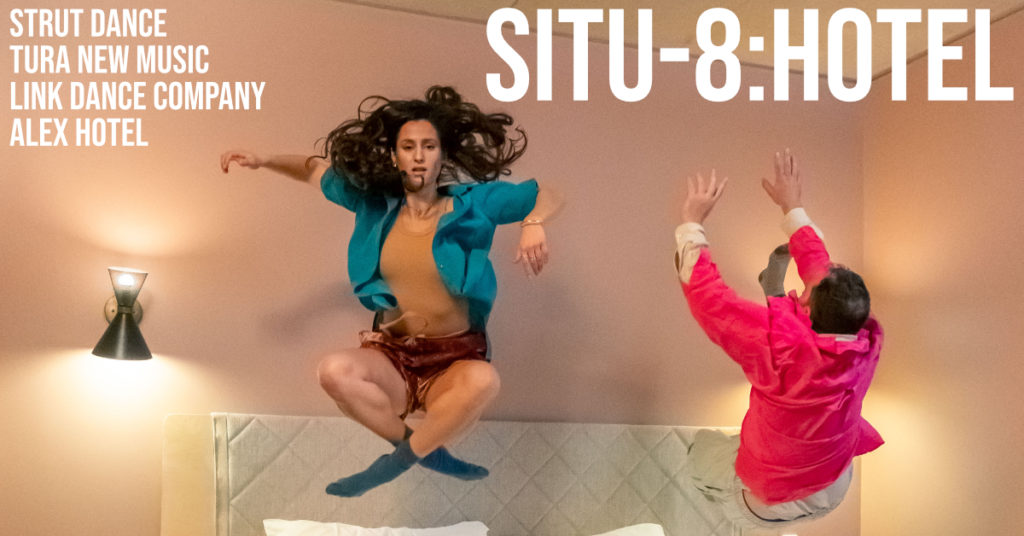 Curated by Geordie Crawley and Serena Chalker, eight artists – four choreographers and four composers – will collaborate to produce four amazing new dance and sound works to be presented at the Alex Hotel, in the thriving heart of Northbridge 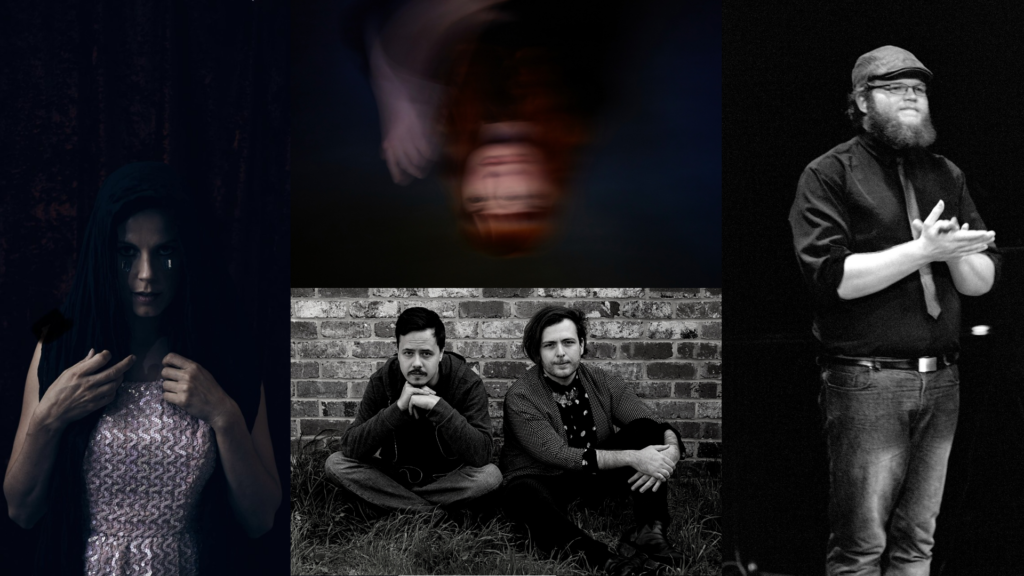 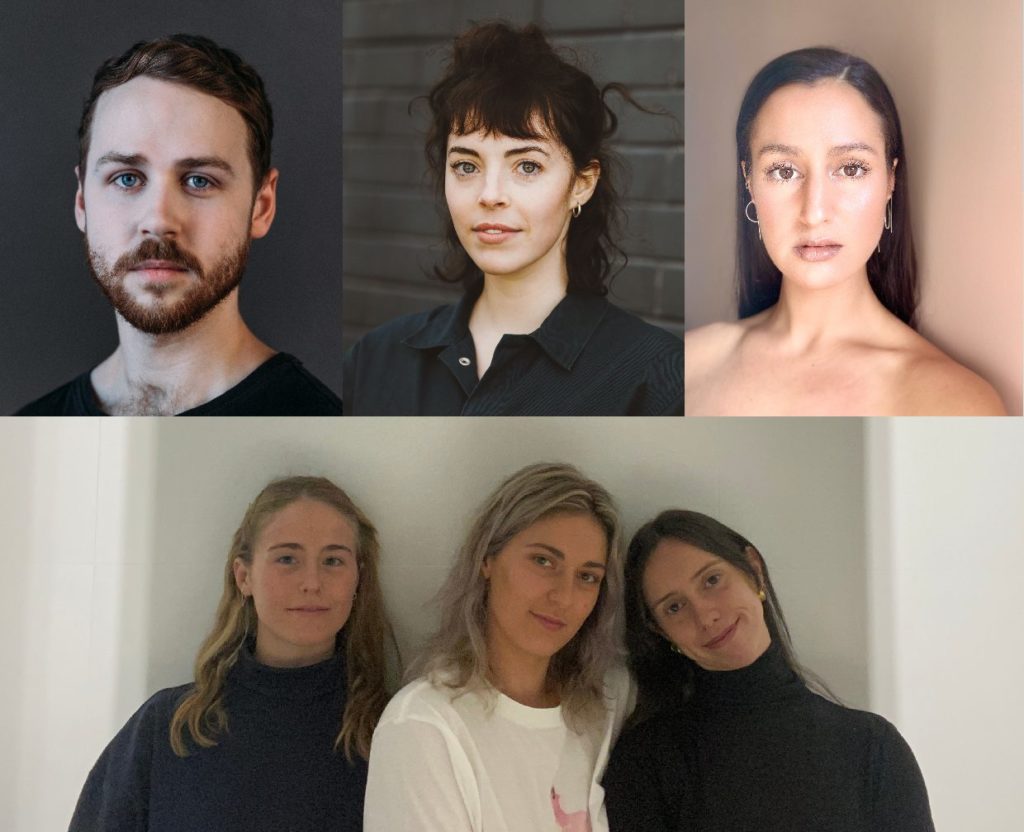 Azariah Felton is a composer and sound artist, who creates both electronic and instrumental music in a range of genres. He is interested in sonic texture and timbre, and its equivalents in other media, particularly physicality in dance. He draws from wide-ranging influences: popular styles including metal, jazz, and ambient music, and ‘art’ styles such as postminimalism and electroacoustic music. He is a WAAPA graduate, and recently completed a master’s degree at the California Institute of the Arts, supported by a Fulbright Scholarship. He grew up all over Western Australia, from Denmark to the Kimberley, and remains a country kid at heart. Azariah lives and works in Boorloo (Perth), on Whadjuk Nyoongar Boodja.

Stephen de Filippo is a composer from the South West of WA. His music primarily focuses on eclectic expressions of Australiana within an art music context, creating works for classical musicians that utilise electronics and media – intersecting art music, experimental performance, kitsch media, and field recordings. In 2021 Stephen was awarded APRA AMCOS’ Art Music Fund to create a new work for oboe and electronics with Perth oboist Niamh Dell, and The Australian-American Association Grant to support the creation of a new work for Australian percussionist Rebecca Lloyd-Jones. Stephen is a Ph.D candidate at the University of California, San Diego.

Kane Tenadii-Hay is sound producer and multimedia artist, focusing on the creation of works that often combine video, music, and narrative.

Based in Perth, Kane has worked collaboratively to produce works for dance, screen, and installation environments. Additionally, as a free-lance producer and videographer, he has mixed, mastered, and produced video for creative projects both locally, and across Europe.

Dease’s artistic practice encompasses art music, film and theatre scoring, installation and songwriting. Graduating from the Western Australian Academy of Performing Arts, she won the inaugural Martin Sims Award at Fringe World, the Melbourne Fringe Music Award and received critical acclaim at New York Fringe Festival for her contemporary song cycle City of Shadows. Her composition and sound design for theatre include the Helpmann Award-nominated It’s Dark Outside (The Last Great Hunt), Sunset (Strut Dance/Maxine Doyle) and Rest (WAYTCO). Installation includes Black Mass (PICA) Winter Feast 2018 & 2019 (Dark Mofo), Museum of Water (Perth Festival), and Like Embracing Ice (Fremantle Arts Centre). Dease was awarded the 2017 Department of Culture and The Arts Performing Arts Fellowship, won the Performing Arts WA Award for Best Music for Let The Right One In (BSSTC) and has been a Besen Fellow at Malthouse Theatre. Residencies include PICA, Proximity Festival, Lumen Studios Italy and The Arctic Circle. In 2020 Dease was Prelude Composer In Residence at Gallop House, Western Australia where she wrote her first solo album Hymns for End Times which was performed with the West Australian Symphony Orchestra in February 2021 for Perth Festival.

Felicity Groom is a producer, composer and musician from Western Australia. Felicity uses a range of instruments to bring works to life including the saw, chromaharp, guitar, voice, piano and Ableton. As well as composing for specific projects, Felicity has released three acclaimed albums and one in a collaborative project called Rokwell & Groom.

Her accolades include album of the week on Triple J for ‘Gossamer’, a four and a half star review in Rolling Stone for album ‘Hungry Sky’ and an international synching deal with French jewellery brand Cartier for ‘Oh Jesus’ which was composed for playwright Nathaniel Moncrieff’s ‘Tinkertown’, performed at the Blue Room Theatre in 2012.

The most recent performances of works include the collaboration with choreographer May Greenburg for TURA New Music and Strut Dance’s takeover of the State Theatre Of WA;  Situ-8 for a “soft and piercing” (Pickup, J. 2020. Arts Hub) piece called ‘Escapism’. This song caught the attention of Melbourne based label Blossom Rot Records who will release it on a compilation on June 18th. Felicity’s compositions are on display via QR codes in the City Of Vincent’s Lightbox Laneway. This exhibition is an audio visual collaboration between herself and local visual artist May Bluebell.

Felicity is currently in development with choreographers Laura Boynes in a work called ‘Equations Of A Falling body’ and choreographer Daisy Saunders work ‘A Resting Mess’ as well as co-producing a work with renown east coast producer Anna Lafferty.

As graduates from institutions in New Zealand, Perth and Austria, Georgia, Nikki and Celina have each established themselves as independent artists based in Perth and Melbourne. All three have engaged in training and professional work on a national and international scale. Forging careers in contemporary dance, they have individually worked with a number of notable choreographers such as Legs on the Wall, Sita Ostheimer, Stephanie Lake, Kristina Chan, Brooke Leeder & Dancers and Mitch Harvey. All three have performed in an array of festivals across Australia including the Perth and Melbourne International Arts Festival. In 2020 Nikki, Celina and Georgia performed in Hofesh Shechter’s tHE bAD, as part of the award winning Perth Festival commissioned work Hofesh in the Yard, presented by STRUT Dance. As teaching artists at STRUT, the three have a joint passion for developing and sharing their own individual movement language with the professional and community dancers of Perth. For the first time they are coming together as a collective, and are driven to embark on a collaborative project that combines their choreographic visions.

Rhiana Katz (She/Her) graduated with Honours in Contemporary Dance from the Western Australian Academy of Performing Arts (WAAPA) in 2018. She has performed nationally and internationally across Europe and Australia, and is currently based in Perth, WA. Recently Rhiana has performed in Hofesh Shechter’s ‘tHE bAD’ as part of Hofesh in the Yard (STRUT Dance, Perth Festival 2020), and two performance seasons of Kimberley Parkin’s Cry Baby (January and August 2021). Rhiana also works regionally as a Teaching Artist with the West Australian Ballet. Since graduating from WAAPA Rhiana has choreographed multiple short works for both stage and film. One such short film Talons (co-choreographed by Kimberley Parkin, directed by Edwin Sitt) premiered at Revelations Film Festival in July this year. Rhiana’s practice revolves around improvisation, both on stage and on screen, and how spontaneous decisions can be used to manipulate space, relationships and emotion.

May Greenberg is a Perth based, Jerusalem born Independent dancer who graduated WAAPA in 2014 with a Bachelor of Art in Dance. May performed Decadance choreographed by Ohad Naharin as part of the 2016 MoveMe Festival and since has worked with various independent Perth based choreographers and artists. May regularly performs for Brooke Leader and Dancer’s, and has danced in various productions including Inertia (2016), WA Dance Award nominated Structural Dependency (2018) and Australian Dance Award Nominated RADAR (2019). In 2017 May performed Winter Shadows by Kynan Hughes for the Perth Winter Arts Festival. How To Digest an Apple as part of InSitu 2018 was May’s first delve into creating site specific choreography. In 2019, May was cast in the immersive theatre experience A Midnight Visit as part of the Perth Fringe Festival and later that year toured regional Western Australia in Natalie Allen’s A Night Out! as a performer, and workshop facilitator. 2020 has seen May choreograph The Herd for the Graduate College of Dance, Escapism for STRUT Dance’s SITU8 season at the State Theatre Centre of WA, work in development for Mitchel Harvey’s CIRCA:NOW:US, and create her solo Oy Vey in 900 Seconds curated by Bernadette Lewis. May performed in Structural Dependency as part of the Perth Festival 2021, and most recently, performed In Good Company by Brooke Leeder, Mitch Harvey, and Robert Tinning.

Mitchell is a dancer, photographer/videographer and musician currently based in Perth, Australia. Born in Darwin, Mitchell worked locally with SLIDE Youth Dance Theatre and Tracks Dance Inc, before moving to Perth to study at the Western Australian Academy of Performing Arts. Since graduating, he has performed in Perth Festival with Co:3 Dance Company’s Archives of Humanity, and STRUT Dance’s Hofesh in the Yard, choreographed by Hofesh Schechter. He also works independently, featuring in Brooke Leeder & Dancer’s Structural Dependency and In Good Company, as well as STRUT’s In-situ/Situ-8 and Short Cuts. He has appeared in Revelations Film Festival’s These Walls, directed by Brodie Rowlands, and FourByFour, a 360 degree Virtual Reality film collaboration between Co:3, Tura New Music, and Frame VR/XR:WA. Mitchell has a great interest in combining his three artistic practices of dance, film, and music, having his first self-produced dance film selected for Australian Dance Theatre’s film festival, Flow: Dance on Screen series in August.