Celebrating Western Australian composer and pianist Roger Smalley’s early compositions for acoustic and electronic instruments. Decibel will utilise vintage electronics such as synthesisers and tape alongside more contemporary computer adaptations. “˜Intermodulation” was the name of a renowned UK ensemble of which Smalley was a member. After moving to Perth in 1976 he went on to become one of the biggest influences on new music composition and performance in Australia.

Based in Western Australia, Decibel are world leaders in the integration of acoustic instruments and electronics, pioneering electronic score formats, including the Decibel ScorePlayer App, incorporating mobile score formats and networked coordination performance environments that is sold worldwide. Since their establishment in 2009, Decibel have won the APRA |AMC Award for excellence in experimental music on two occasions, have toured Europe and Australia, and have three releases to their name. Their performances have been broadcast on SWR German radio and ABC Classic FM. 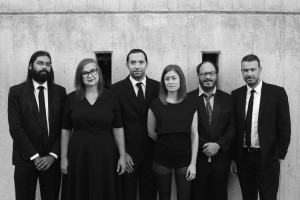