Presented by Tura New Music and The Fremantle Arts Centre 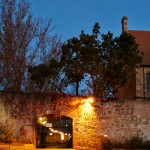 Etica’s only performance for 2014, featuring the WA premiere of James Ledger’s Silver Swans, the world premiere of Chris Tonkin’s Transient States ( both commissioned by Etica) and a reprisal of legendary Australian composer Ross Edwards’ Laikan which was premiered at the Perth Festival in 1980.

Ledger’s reputation as one of Australia’s most in-demand composers was cemented in 2013 with the acclaimed national tour of his collaboration with Paul Kelly Conversations with Ghosts. In Silver Swans, the WA composer has drawn inspiration from Orlando Gibbon’s madrigal The Silver Swan and WB Yeats’ poetry in a work that includes both eerie, strange electronic sounds and traditional chamber instrumentation.

Christopher Tonkin is the head of Composition Studies and Music Technology at UWA. In Transient States he has drawn on pieces of text from female characters in Shakespeare’s plays which in turn drive dramatic changes in instrumentations and style.

Thirty-four years on from its first performance, Ross Edwards’ lively Laikan has lost none of its energy and immediacy. Edwards is famous for drawing on the sounds of nature in his work and this is a fantastic opportunity to hear it under the stars in a truly evocative venue. 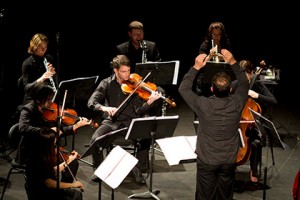