After an eventful year of touring throughout their native Australia, including runs with labelmates MONO and like-minded pioneers Tortoise, and featuring alongside the work of artist David Hockney at the National Gallery of Victoria, post-everything, quintet Tangents return with another album, and another stylistic detour.

To quote FACT Magazine, “The quintet are so comfortable working with jazz, folk music, post-rock and electronic music that it comfortably hangs in a space between them all.” On New Bodies, that description rings more intuitive and authentic than ever. 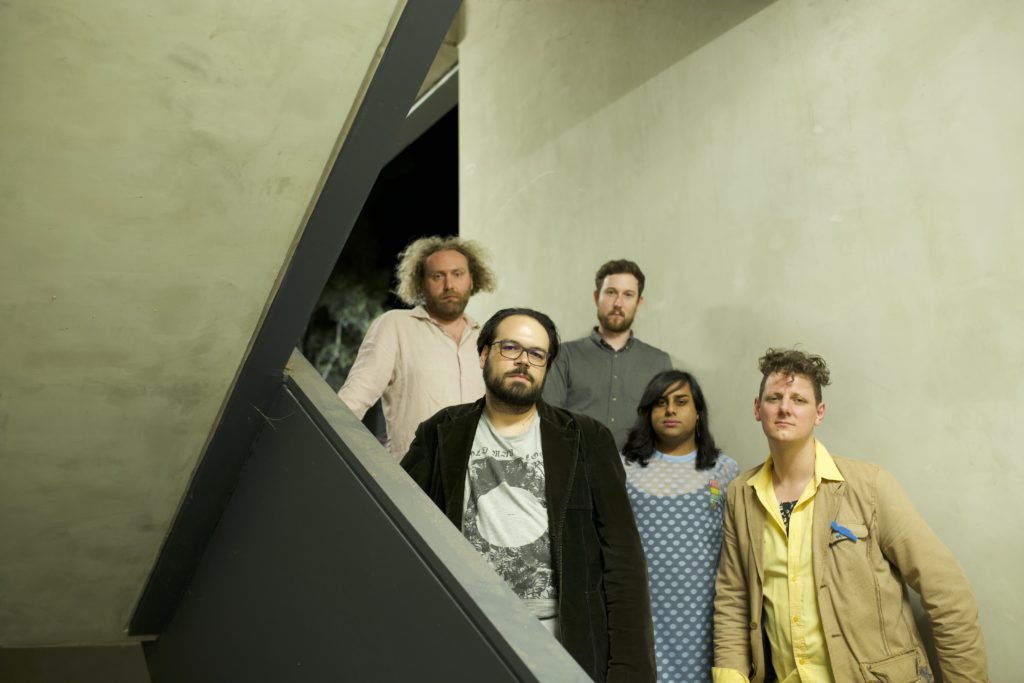 Tangents is a Sydney-based quintet that melds electronic production, experimental rock and free improvisation. The group formed in 2010 with the curation of a one-off improv concert by guitarist Shoeb Ahmad and cellist Peter Hollo, at Megaphon Studios in Sydney. A recording of that concert, via post-production, became their first LP, “I”, a joint release in 2013 on Shoeb’s hellosQuare label and the Not Applicable label, co-founded by Tangents laptoppist, London-born electronic music experimenter Ollie Bown. “I” laid out the band’s range in drone aesthetics, noise, free improvisation and electronic rhythms. In subsequent output, Tangents have striven to change up their process. 2016’s “Stateless”, their first LP with New York label Temporary Residence, is a construction of overdubs and edited jam sessions that is eclectic, strongly electronic and revelrous. 2018’s “New Bodies”, marks out a space in-between through studio improvisations and post-processing, manifesting in moments of post-rock and jazz that mixes virtuosic improvisation with studio trickery.
Tangents are: Shoeb Ahmad (guitars, effects), Ollie Bown (computer, electronic production), Evan Dorrian (drums), Peter Hollo (cello, effects), Adrian Lim-Klumpes (piano, Rhodes, vibraphone, synths). Bands related to Tangents through common members include Icarus, Spartak, FourPlay String Quartet, Triosk, Sensaround, Agency, Haunts and 3ofmillions.

Self-described as “post-everything”, Tangents indeed blurs the lines between many genres — most notably jazz, dub, classical, electronica and experimental rock. But even more fascinating is how individual textures merge and circulate in the Sydney quintet’s fluid, suite-like instrumentals. Its third album opens softly with the gradual build of Lake George, on which a backwards melody heralds Peter Hollo’s wistful cello and Evan Dorrian’s sophisticated drumming, before Adrian Lim-Klumpes’s flurry of vibraphone eventually sends the track home. By subtly orchestrating such teeming, evolving ecosystems, you might not even notice that tracks often stretch to eight or 10 minutes. That said, certain instruments do get their deserved time in the spotlight, as when delicately plucked cello tiptoes into focus on Oort Cloud or a rippling swath of stately piano caps off the cinematic, funk-shaded psychedelia of Terracotta.

Dorrian’s drum work is especially satisfying, whether he’s obliquely massaging the cymbals on the diffuse Immersion or holding down the computer-chopped uneasiness of Gone to Ground. That’s not to discount the contributions of electric and bass guitarist Shoeb Ahmad and electronic-leaning multi-instrumentalist Ollie Bown, both of whom help flesh out this lush private universe. Having toured with the seminal American post-rock ensemble Tortoise, Tangents has emerged as more of a thriving peer to that band than just another striving successor. Both acts create a vivid, living tapestry that eclipses stylistic borders. New Bodies places equal emphasis on brains and heart, and its daring shapeshifting goes down surprisingly easy. 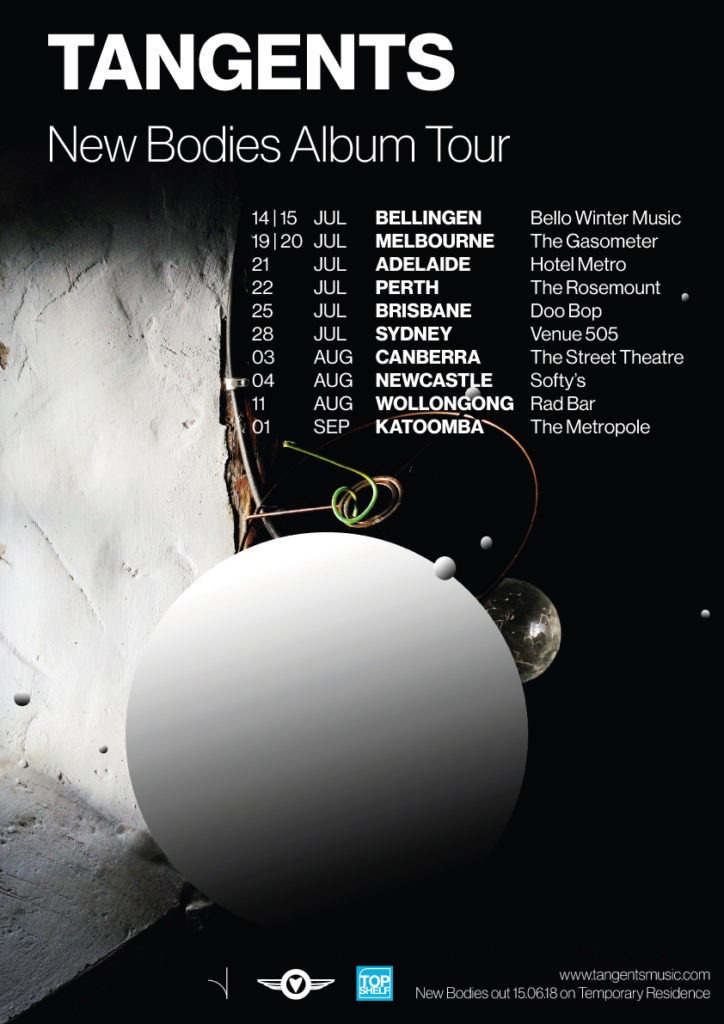