In this concert Erkki Vetheim, Rohan Drape, and Alexander Garsden present their major new work ‘A Coincidence, A Connection Outside, A Connection Inside’ – a durational exploration of heterophony via colliding intonation structures.

This is Erkki Veltheim, Rohan Drape and Alex Garsden performing a fifteen-minute work of ‘Three guesses — a coincidence, a connection outside, a connection inside’ at Polyphonic Social 2017 by Liquid Architecture.

The Inland Concert Series encourages music creators to share their work in a performance context to much varied and critically positive acclaim. The Series distinguishes themselves from their contemporaries with their sit-down concert setting, largely working in spaces that are orientated towards acoustic fidelity. While still trying to dissolve the austerity and formality of the recital context, the setting encourages the audience to listen to experimental music with the same focus as a classical audience. 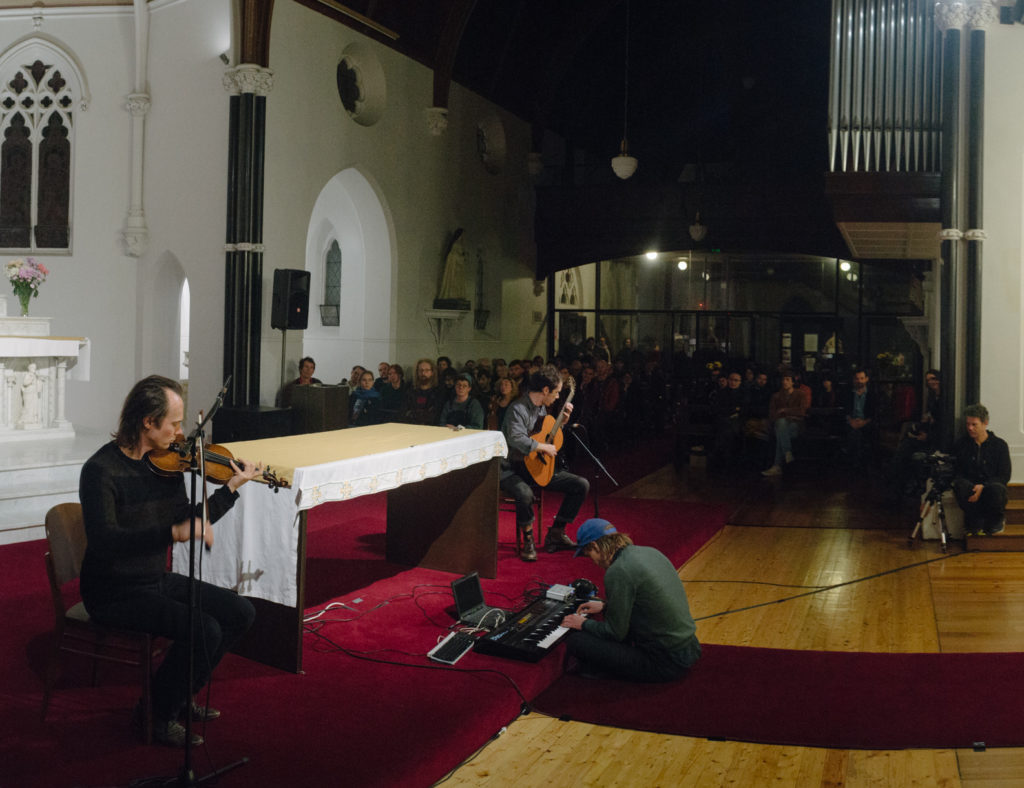