Sonus3: A celebration of music and dance across the Kimberley

TURA and Room40 is proud to present a special performance by American guitarist and composer Norman Westberg supported by Craig McElhinneyBest known for his work with the seminal outfit SWANS, Westberg’s output beyond that group is sprawling and restless. His name recurs and ripples through many interconnected micro-histories surrounding New York City’s music and art scenes. From appearances in film works associated with the Cinema Of Transgression, through to his participation in bands such as The Heroine Sheiks and Five Dollar Priest, Westberg’s name is woven deeply into the fabric of New York over the past three decades.

Babushka is upstairs at the Leederville Hotel

From Lawrence English: Norman Westberg’s guitar playing with SWANS has influenced a generation of musicians across genres. I can personally attest to how his particular approaches to that instrument, in creating both harmony and brute force, have challenged and ultimately influenced my own sonic preoccupations. What Norman has created with his solo works is an echoing universe of deep texture and harmonic intensity. His solo compositions generate an affecting quality that drives the listener towards reductive transcendence.

Craig Mcelhinney is a keen listener and producer of sounds that skate around zones of music concréte, panning hard and far through the lexicon of easy/difficult listening. Hallucinatory visions of despair & joy, channelled via various instruments, tapes and computers. Previous works included music for film and music for contemporary dance production. Satanic new age music for reconciling your youth and occupying your wildest sense of leisure. 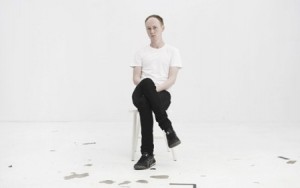