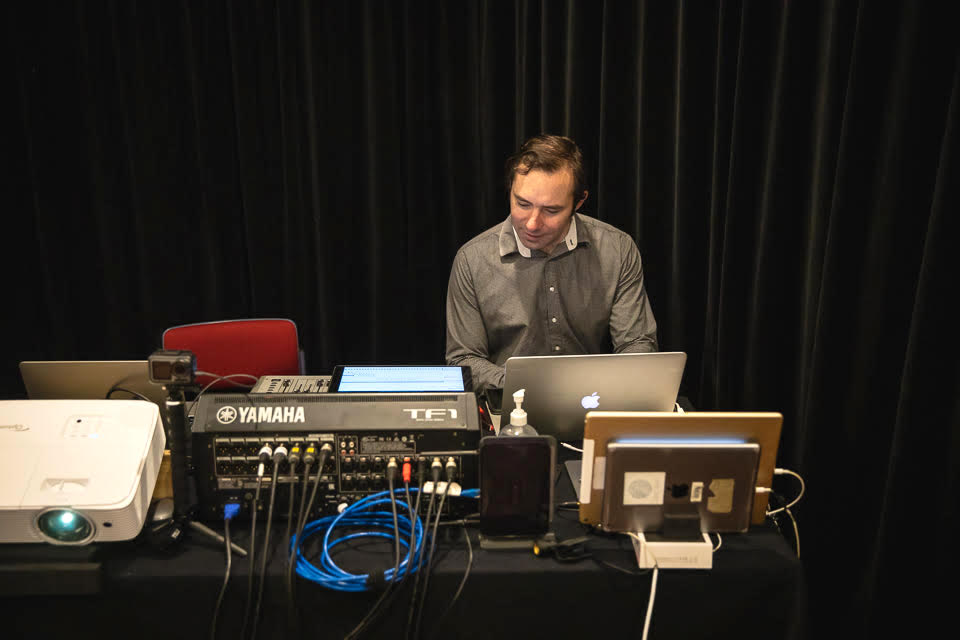 Audible Edge presented by Tone List is happening between April 6-18 in venues around Perth, Fremantle and online, featuring everything from experimental theatre, avant-garde metal, free jazz and folk.

From its first incarnation back in 2017 when Tura and Tone List partnered to deliver four days of experimental and improvised music, it’s now grown into Tone List’s own independent festival with a program that’s for “everyone with a penchant for the strange and wonderful.”

‘An Ocean of Ears’ opens the festival on April 6 with spatial audio superhero Stuart James [pictured] for three nights of sound and image within a ring of 16 speakers (and a subwoofer). From the worlds of club music, hard digital synthesis, analogue experimentation and conceptual composition alike, Stuart James [Perth], Tengal [Manila], Thembi Soddell [Bendigo], Maral [Los Angeles] and James Rushford [Melbourne] will send sound rippling through the acoustics of Fremantle’s Old Customs House. There’ll also be a commissioned movement work in development by Alex Turner and Lauren Catellani.

There’s lots more on including performances, artist talks, workshops and Nika Mo’s (aka Annika Moses) album launch ‘Of Cloven Hoof in Honey’ featuring a nine-piece band at The Rechabite on April 14.

Congratulations to Tone List for putting together a great program of events for Audible Edge after the hardship of last year’s forced cancellation. You can view the full program on their web site.

Audible Edge is presented by Tone List and has been made possible through support, collaborations and contributions by The Bird, Cool Change Contemporary, Liquid Architecture, Perth Jazz Society, The Rechabite, and Tura New Music, and assisted by the Government of Western Australia through the Department of Local Government, Sport and Cultural Industries, and the City of Perth.