After 4 days in Lombadina and Djairindjin the list of wrecks the locals keep telling  us “ you have to go see / hear this one….” has grown and grown. There’s something about the ubiquitous outback car wreck that carries a very strong connection between people and place. There is a powerful combination of tragedy, loss, humour and creativity mixed with inherent love of the mechanical, no matter what stage of functionality it is in.

The visually and sculpturally stunning wrecks out in the bush nearby are gradually been documented and recorded to become part of future installations but all are too far gone in their disintegration to be the viable “prepared” Wreck for this project.

There’s two “dumps” nearby, one at Djarindjin and one at Lombadina. Even though there was government sponsored scheme last year which sent a mobile crusher! Up the Peninsula to crush and remove wrecks there is still a wealth of old wrecks in these dumps. Many of these have been performed on in situ – pick ups leading to battery powered amps blasting out strident sirens of sound as Rose hits, plucks, rubs, cajoles, irritates and simply plays.

With community members taking us on tours of the dumps and other wrecks nearby, they were able to give us their colourful histories. As it turned out the most viable to be prepared and performed on in Rose’s vision of the Wreck was the old Lombadina Tour’s troopie. This iconic symbol of outback Australia, full of local story which is very much about sharing this place and its culture with the world, had wheels reinstated for moving. And so it was towed in high fashion by Phil Sibosado back to the Lombadina workshop to begin its transformation into The Wreck. 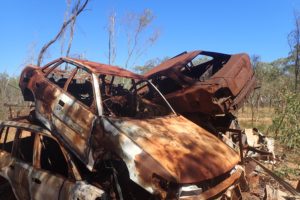 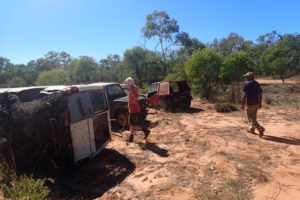 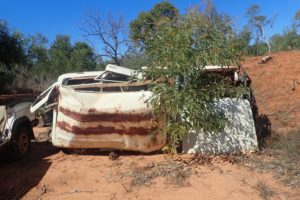 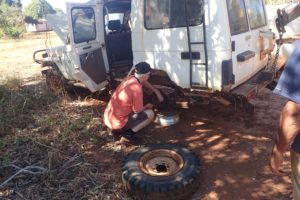 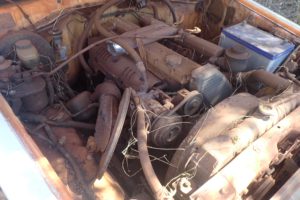 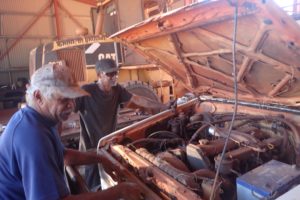