By the end of Wednesday, we were ready to perform. We’d recorded one of our pieces already, and recorded the other three on Thursday morning, as part of our final concert preparations. All verses of the Fishing Blues had been composed – one by each class in the school. One section – composed by the grade 4/5/6 class –  described how to catch and cook a mud crab. 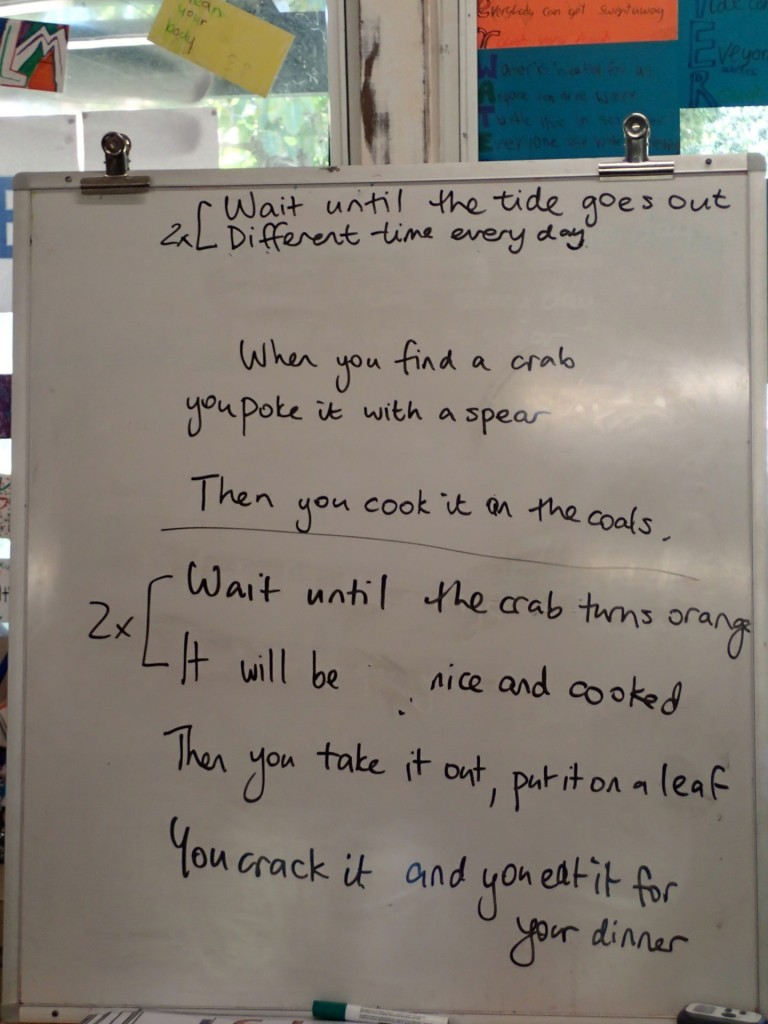 I love the idea that you poke the crab with the spear. Not spear it, or anything more strenuous. Just a poke will do.

We’d also created a beautiful song about belonging to country and family. It included many words in the local language, Bardi. 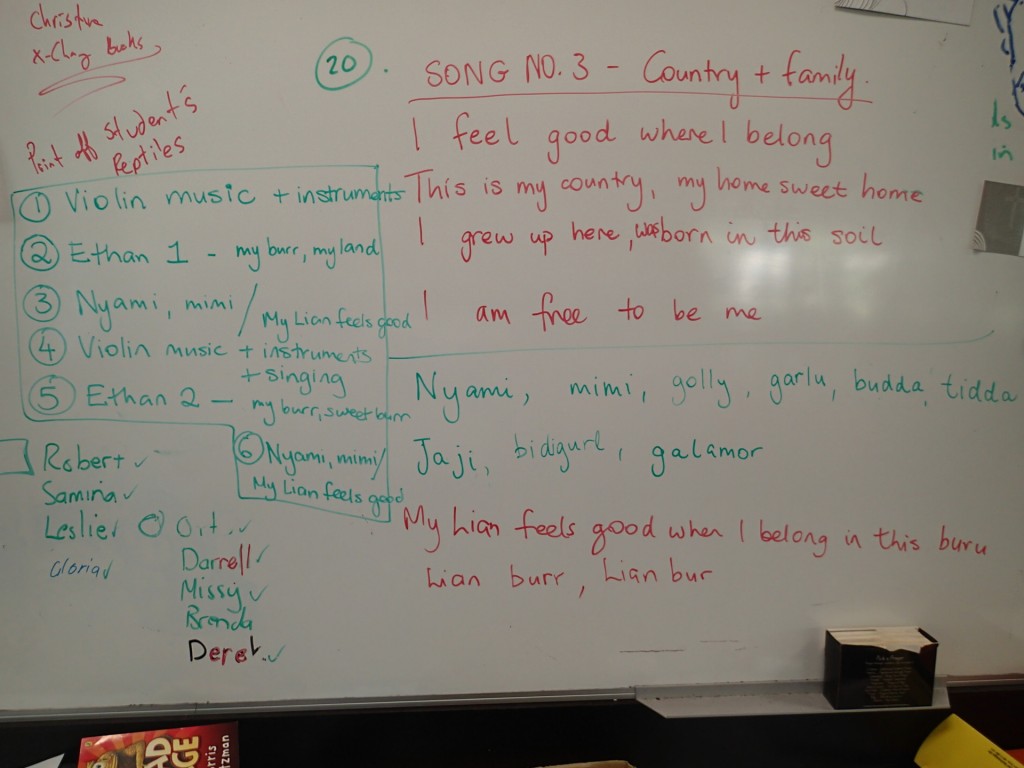 One boy wrote a section of the song on his own, and sang it as a solo. 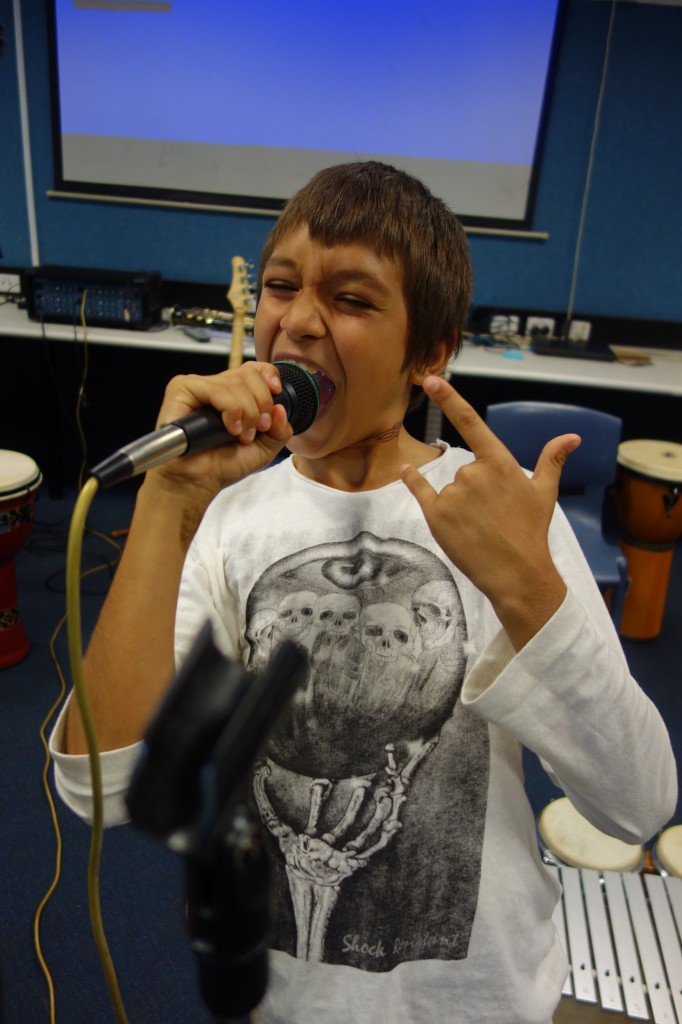 This song was my favourite – it had quite a strong emotional intensity to it. We named it ‘Lian Burr’, which means ‘Heart Place’ in Bardi. (Lian= heart, feelings; Buru = country; burr = feeling. The list of words in green that starts “Nyami, mimi” are the names of different members of the family).

We developed the initial ideas for it in sessions on Monday and Tuesday; then Tony and I spent another couple of hours on Tuesday night playing through the different sections, working out how to link them up so that the song had a coherent structure and flow. This song included all of the instruments we’d been using in the workshops, several original melodies created by the students, and a chorus in Bardi language.

Instruments have been coming out of corners and cupboards since we arrived in the Djarindjin-Lombadina community. Two violins were found at the school, and have been immediately included in the project. Everyone got to have a try, but these two girls chose to play violin in one of our songs. 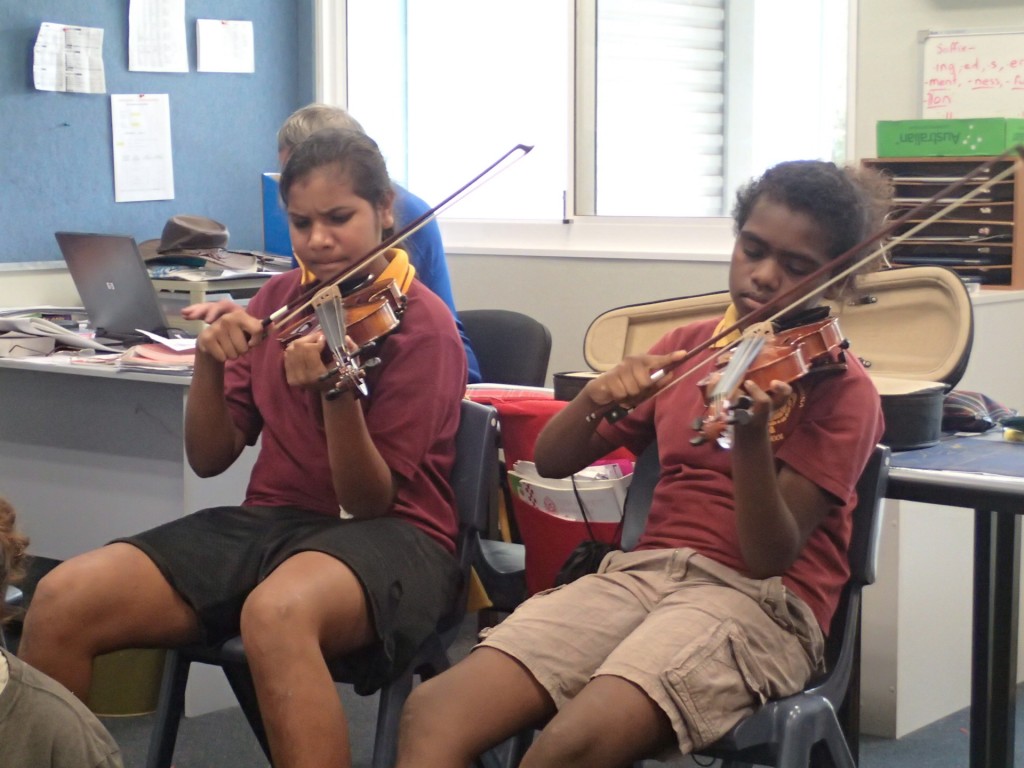 Then one of the community elders told us he thought he had a saxophone somewhere in the house. “Go get it out!” we urged him. The case was very dusty but the sax was in good, playable condition, and we got Brian started with some of the basics. 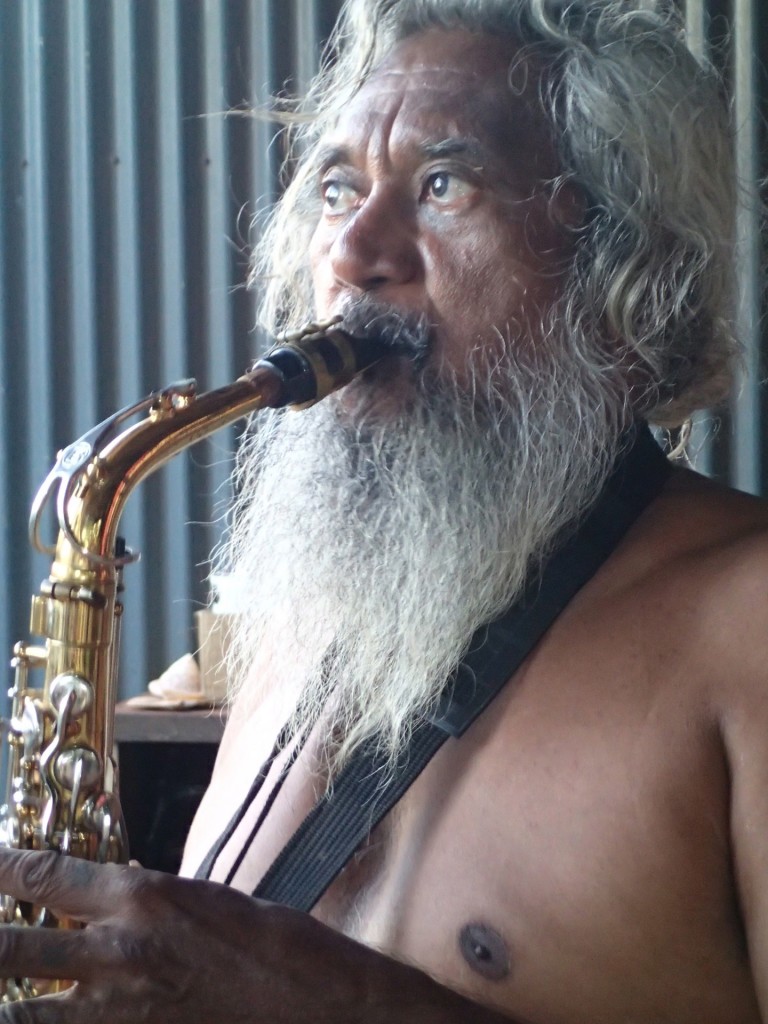 Then, the day before the concert, an electric guitar and an electric bass were found! Brilliant additions to our Fishing Blues. 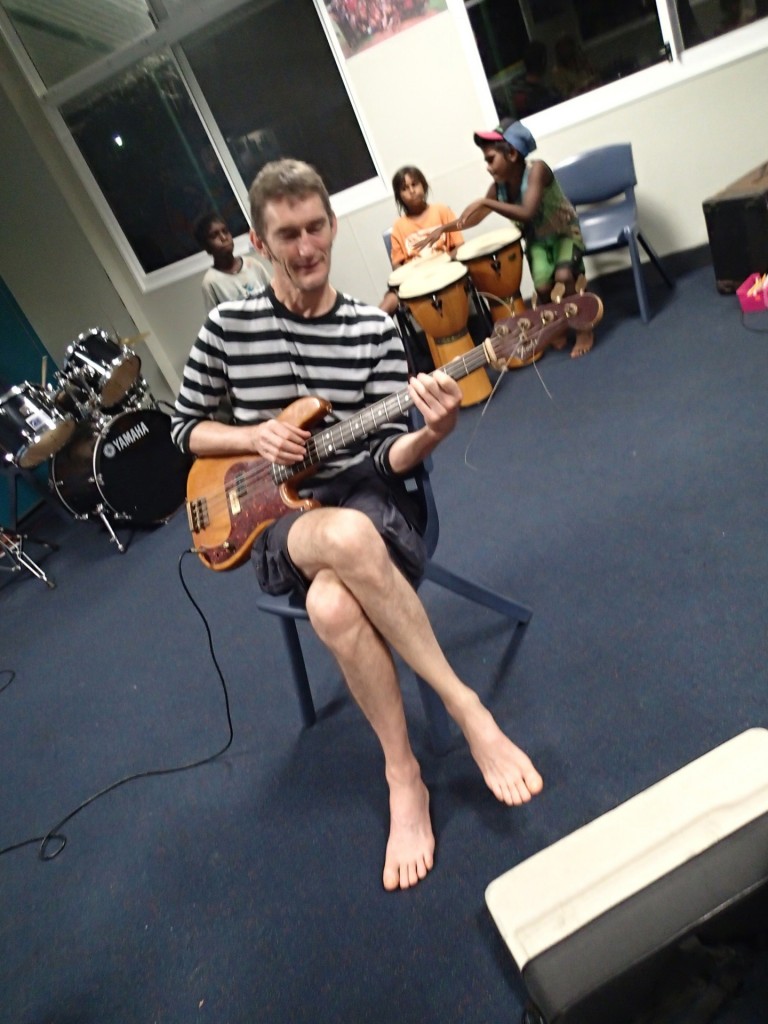 Thanks to the Tura New Music Remote Residency sponsors Healthway and Horizon Power.