Echoes is a documentary feature film that will tell the complex and nuanced story of the musicians and artists that work with Tura New Music and the deep connections that have been made through Tura’s Regional Program.

A communion between musicians, local Indigenous communities and the realities of being on the road, Echoes is a revealing tapestry woven around musical developments and performances as well as the heartfelt connections created as a result. As featured Broome musician, Stephen Pigram puts it, “You can see the kids’ interest not only in us but in their own local elders and their traditional music grow.”

The film presents a rare opportunity to preserve and present a slice of Australia’s cultural history to Australian and international audiences. Few, if any, Australian arts organisations have had the foresight to capture the making and presentation of their artistic program using a professional crew and filmed over an extended period. This, in conjunction with Tura’s role as an innovator and leader in new music in Australia, makes Echoes an art film with significant cultural impact.

Extensive footage of Tura’s 2016 Kimberley Tour filmed by acclaimed cinematographer, Joseph Pickering, will form the backbone of the story. The challenge is to create a visually and sonically outstanding film with a unifying story and style that will engage and inspire the diverse audiences intended for this film.

The documentary will be akin to a musical composition in stringing together the story strands of the unique sonic artists’ experiences, the creative process of highly skilled musicians and the success of collaboration with Indigenous people in remote and regional Western Australian communities, with respect and collaboration at the fore. 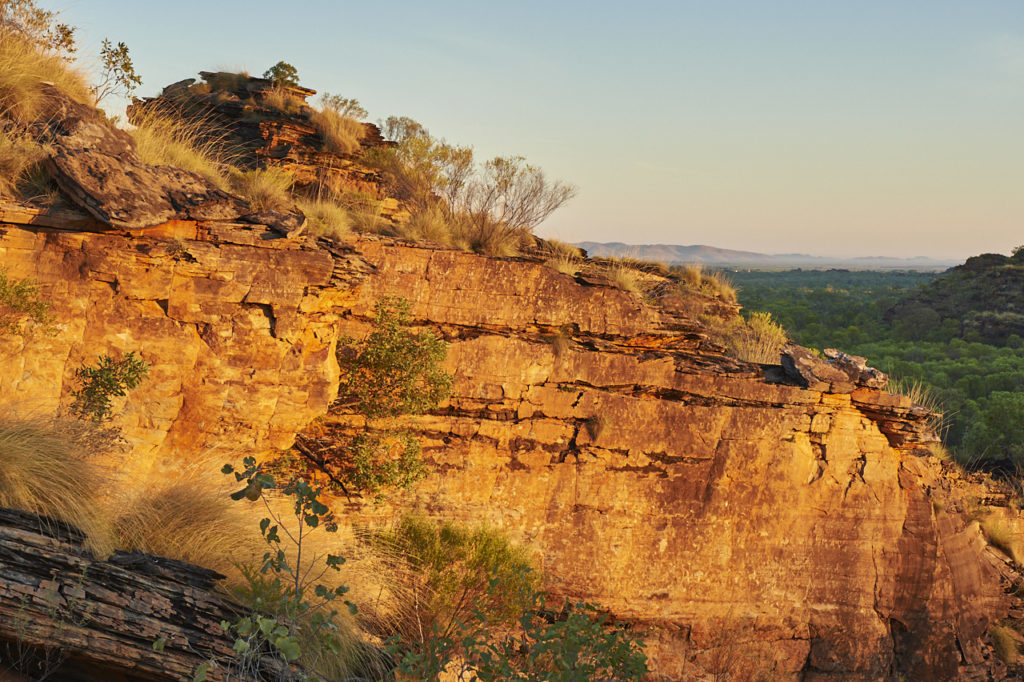 Supporting the project will help to bring Tura’s award-winning Regional Program to the world. A contribution to the documentary project is strategic as the distribution of the film will provide Tura with the leverage it needs to secure the financial support to help bring the program to more young people in more remote communities in Northern Australia.

Tura’s Regional Program impacts the lives of thousands of Pilbara and Kimberley community members in meaningful ways, each year, through highly participatory and innovative cross-cultural projects. It creates access to world-class music and musicians that people would otherwise never have the opportunity to experience. The workshops in schools and its artist residencies are proven to build capacity and skills. Echoes endeavours to tell the story of Tura and the Regional Program. We hope that you will join us.

Tura have DGR status and therefore all donations over $2.00 are tax-deductible.

Tura’s patron Wayne Martin AC QC, former Chief Justice of WA, spoke at the screening of the rough cut of the opening sequence of the film at the Backlot Cinema. He spoke unflinchingly about the direct connection between the cultural dislocation faced by Indigenous people in Australia following colonisation and the issues confronting them today.

In his words, “The arts provide a fantastic opportunity for re-engagement, for connection between our two cultures, between the colonial and subsequent culture, and the oldest, continuous unbroken culture on the planet which is the Aboriginal people who were here when we colonised. Many people know about Aboriginal people’srole in the visual arts, fewer people know about Aboriginal people’s role in the sonic arts, and this program shows very clearly, and the film will show very clearly, how great the communication can be between Aboriginal and non-Aboriginal people in the sonic arts. These collaborations remind us that Music allows us to tap into powerful resonances that transcend other modes of communication.” 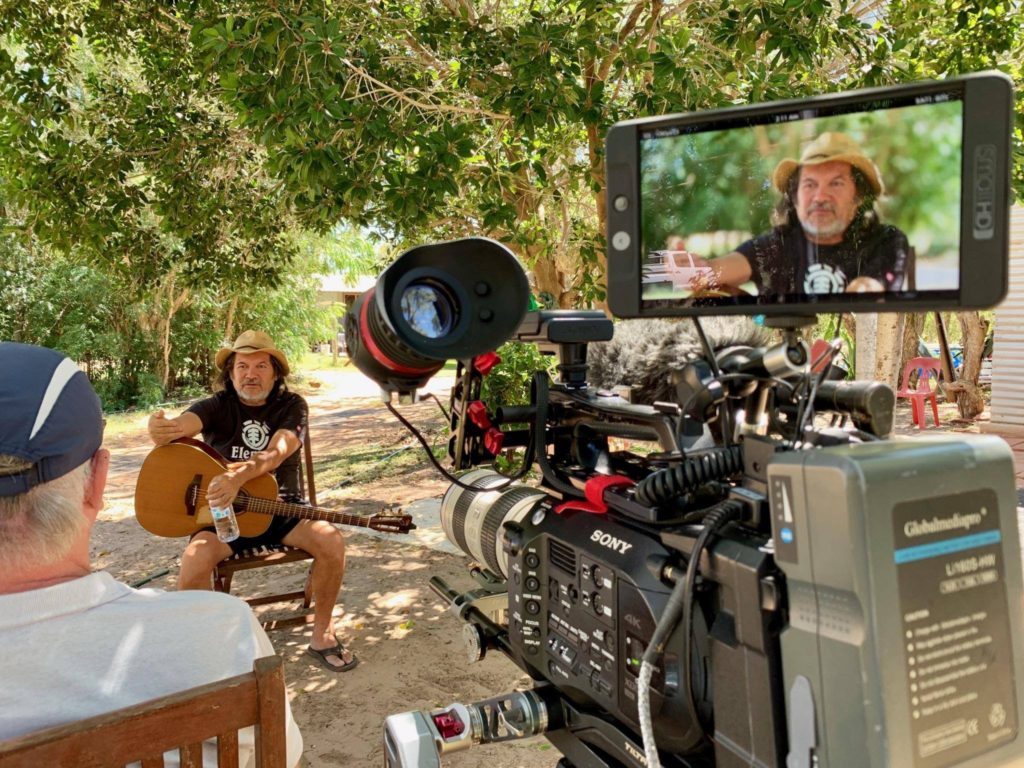 “There was something magnetic, that drew me to those communities up north.  There is an honesty, a direct connection with people who don’t care about labelling music.  They simply react to it on a gut level.’ Tos Mahoney, Artistic Director, Tura New Music.

From an ambitious goal of highlighting art music in the Perth of the 1980’s to its striking evolution into an all-conquering assault on Art Music in Australia, Echoes is a documentary through time which takes up its epic trek in regional and remote WA while counter-pointing this journey by retracing Tura New Music’s impressive history.

Using a recent tour, with its diverse musical program as a platform, the film explores how Tura’s venture to connect through collaboration builds genuine relationships with local musicians and audiences as well as with numerous Indigenous communities who encourage that outreach every year.  What we end up with is a revealing tapestry woven around the various rehearsals, performances and school workshops that the musical troupe undertake and the heartfelt response they are given by the people who invited them.  From individual children enthralled with the cello player to local elders telling stories about their own musical heritage, the rhythm of the film flows as much from the community responses as it does from the music.

As it builds to its Perth Concert Hall finale, the documentary will be structured around core ideas such as the obligations inherent in connecting with communities and the role that music itself plays in establishing a common language between locals and visitors.

Our red-dirt journey draws together the many threads that today make up the Tura tapestry by featuring what it takes to put on a successful top end tour in Australia by hearing from the many who deeply respond to the music and the regional outreach.

Along with an impassioned but disparate assemblage of nationally and internationally renowned musicians, Tura have found themselves at the maelstrom of a unique innovative movement that has established and sustained a prolific flow of musical events across Western Australia for over two decades.

The filmmakers have interviewed the tour musicians Erkki Veltheim, Stephen Magnusson, Judith Hamann, Stephen Pigram, Tos Mahoney and Mark Atkins and iconic sonic artists Jon Rose, Cat Hope and Ross Bolleter to get inside this film. Their search into the past has yielded material from three decades of the sometimes outrageous musical explorations of this field of music.

The visual style of the film incorporates animation and special effects for which the film Whiteley is a good reference point. Whiteley employed animation in visual storytelling, a successful technique that Echoes will also incorporate, counter-pointing the ‘real life’ imagery. Animation will be applied to archival photos to situate people in time and place.

The film is intended for International Festival audiences and cinema audiences across Australia.

The film will of course be presented throughout the Kimberley at the very communities at the core of the project including Kununurra, Warmun, Fitzroy Crossing, Derby and Broome.

Echoes is a celebration of connections of both the musical and cultural kind.

Tura thanks the Rowley Foundation for making this documentary possible.