Down a quiet street in the outskirts of Yogyakarta is a serenely beautiful arts centre, Museum Tembi Rumah Budaya. It teams with life and local culture – traditional and contemporary. This week it has been the home of the Kimberley Indonesia Project bringing together artists from Australian and Indonesia for a week of collaborations and explorations 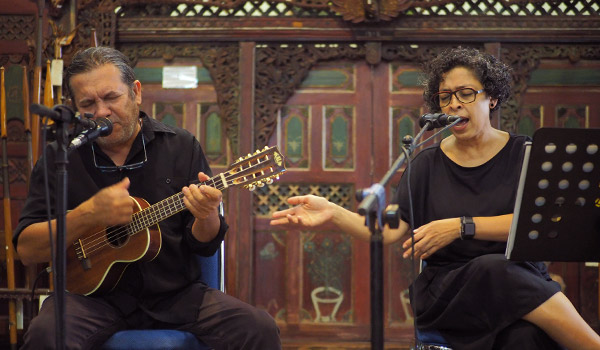 Imbued with the experiences of local culture and food! the collaborations have been increasingly rich and complex as part of the long journey that this project represents stretching over years to come

The artists will present a Free Showcase Performance on Friday 23rd August at Tembi before travelling to Jakarta for a performance at the the Australian Embassy on Mon 26th August.