Initiated in 2014, In Situ is an annual season of original site-specific works from WA independent dance artists. We are pleased to announce that the 2019 season of In Situ will present new works by local artists: Joshua Pether, Scott Gailbraith, Michelle Aitken, Yvan Karlsson, Dane Yates, Alexander Turner, Rebecca Riggs-Bennett and Tao Issaro Mott.

This year, In Situ is staged in the hidden corners of Cyril Jackson Senior Campus and Cyril Jackson ArtsHouse. A blend of sound, dance & architecture, come along on a journey of discovery in this dynamic community setting. The selected artists will be collaborating to create four new performances on-site, drawing from local history, memory and folklore.

Curated and presented by Serena Chalker, Geordie Crawley and Daisy Sanders in association with STRUT Dance, TURA New Music & Cyril Jackson Senior Campus, In Situ is part of an ongoing commitment to nurture the development of local artists.

In Situ will be presented Nov 7-9 2019 at 6:30pm and 8:00pm at Cyril Jackson ArtsHouse. Tickets will be on-sale in October. For more information please visit Strut Dance‘s website or the In SItu Facebook page. 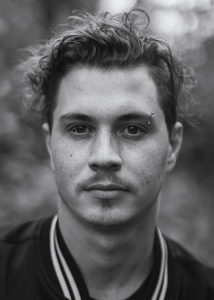 Dane Yates is composer and collaborator focusing on electroacoustic practices and the relationship between music, dance, theatre and film. His work focuses on the organic and the subversion of subject, resulting in commissioned works, performances throughout Australia, esteemed residency programs and multiple releases on Australian labels. Dane has continually collaborated with dance and movement based works through WAAPA (Western Australian Academy of Performing Arts) and dance companies Sydney Dance Company, STRUT Dance Company, Lewis Major Projects and Co3. Dane has also launched and managed a tape label Second Iteration Tapes, releasing music and sound art initially used within multidisciplinary and collaborative works since 2017. Dane’s collaboration with film has led to screenings around Australia and internationally, including an award winning score in the 2016 Revelation Film Festival (WA) for “Revelation Award for Best Music Soundtrack”. Dane currently holds a Bachelor of Music (Honours) in composition and music technology through WAAPA. 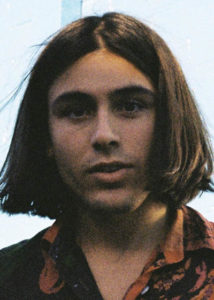 Alexander is a musician based on Whadjuk Noongar country. His practice involves composition, field recording, performing, and improvising, most often with electro-acoustic material and found objects. He recently studied electronic music production with Laurel Halo and radiophonic performance with Alessandro Bosetti and has an interest in community and exploratory arts. In 2018, his ensemble work ID was selected by the ABC to represent Australia at the International Rostrum of Composers (Budapest). In 2019, he composed and performed in Watering, which received the Fringe World Perth Best WA Dance/Physical Theatre award. 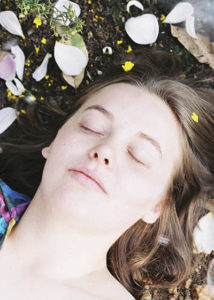 Rebecca is an emerging sound artist, performance maker, writer and electronic music producer. Her practice is interdisciplinary and branches across performance, installation, video art and live music. She focuses on sound existing as the core pulse of a work and strives to highlight its immersive presence for audiences. She has an interest in sharing experiences that can’t always be seen. Rebecca has performed live and presented sound design and composition in works such as Guardians (City Of Perth), The Divine Feminine (Fringe World 2019) Sisters Vice (IN SITU 2018), Let Me Finish (The Blue Room Theatre), Valentine (Awesome Arts Festival), A Resting Mess (The Blue Room Theatre’s Winter Nights Festival) Claytime (Glastonbury Festival) and Cirquepop (Fremantle Festival). This year she premiered Our Sandman at Cool Change Contemporary, and her past performance works include my sandman (Crack Theatre Festival 2017) and bad noise (KISS Club 2017). She has also undergone artistic residencies with Perth Institute of Contemporary Arts, Time_Place_Space: Nomad with Artshouse, Perth Festival Lab 2018 and pvi collective. 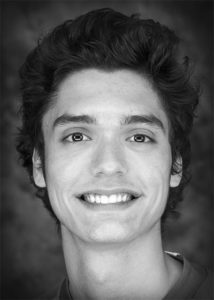 Tao is an Indian/Australian percussionist, composer, actor, performing artist based in Western Australia and Kerala, South India. Born into the artistic tribe of the “Daksha Sheth Dance Company”, Tao has performed over 1000 performances in 30 countries since the age of 9. Tao has developed a unique and dynamic live performance language over the years and is continuing to work on this in India and Australia. Career highlights include: In 2017 Tao was commissioned to compose and train twenty-one volunteer drummers for the inauguration of the 112ft Adi Yogi statue at the Isha Yoga centre in Coimbatore, India. Tao also composed/performed and acted in Jay Emmanuel’s Biryani alongside Palme d’Or winning actress Kali Srinivasan, and was the music director for Jay Emmanuel’s MAA. Tao completed an Honours Degree in Music (classical percussion) from the West Australian Academy for Performing Arts. The university awarded Tao the Luigi Paolini Award 2017 for excellence in percussion. In 2019 Tao was music director and associate director in Ochre Contemporary Dance Company’s show Kwangkan (Sand) which toured for 6 weeks to remote and regional communities in WA and premiered at the Perth Festival. Tao Is currently the music director and actor in Yirra Yaakin theatre company’s childrens show Djinda Kaatijin. The show is on a 142 performance season, in over 70 schools around WA. 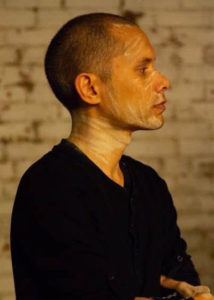 Joshua is of Kalkadoon heritage but lives and works on Noongar country in Western Australia. He is an experimental performance artist, dancer and choreographer of movement, temporary ritual and imagined realties. His practice is influenced by his two cultural histories indigeneity and disability and the hybridization of the two with particular interest in the aesthetics of the disabled body and also that of the colonised body. His work and practice have been supported through the Australia Council and DCA (local) funding. As an independent artist he has had work shown in Perth, Melbourne, Brisbane, Sydney and New York and has performed in festivals and events such as the Undercover Artist Festival, Yirramboi Festival, Next Wave, APAM 2018, Short Cuts, MoveMe Festival and The First Nations Dialogues in New York. He is the creator of two solo works, Monster and Jupiter Orbiting. 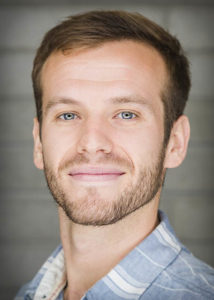 Scott is a graduate from the Western Australian Academy of Performing Arts (WAAPA). Recently Scott has performed SUNSET a work choreographed by Punch Drunks co-director Maxine Doyle. Scott performed with Co3 Australia In The Zone created by Raewyn Hill in 2017 at the State Theatre Centre of Western Australia. He has performed in multiple shows for the Perth Fringe Festival, some of which include Shall we get comfy (2018) and If Neapolitan ice-cream could melt the sun (2018).Scott also enjoys to inspire and teach young artists and has choreographed works for Riptide Youth Theatre Company, Co3 youth ensemble and the student work season at WAAPA. 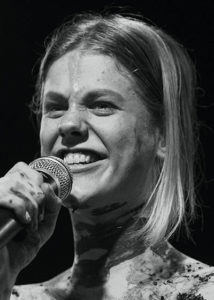 Michelle is an emerging maker and performer who holds a BA in dance from WAAPA. Since graduating in 2016 she has worked across dance and theatre in Perth. Michelle presents work under the banner of Hey! Precious, and has collaborated and performed with such companies as Ten Tonne Sparrow, Bow & Dagger, Renegade Productions, pvi collective, Squid Vicious Theatre, and PICA. Through STRUT workshops Michelle has learned from artists and companies including Kidd Pivot, Maxine Doyle, Andrew Morrish, and Stephanie Lake, and was engaged on STRUT’s reproduction of Forsythe’s One Flat Thing Reproduced. Last year Michelle toured her award winning solo show Future’s Eve internationally, and this year she presented Unrule as part of The Blue Room Theatre’s Development Season. Michelle is currently a member of Black Swan State Theatre Company’s Emerging Writers Group. 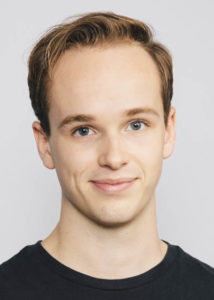