Last Wednesday, Alan Pigram (of Pigram Brothers fame, a musician who has worked with the ‘who’s who’ of Australian music for several decades) came to Fitzroy Crossing to help us record an album of all the original songs and sound art works created during the residencies between 2017 and 2019. We set up a temporary studio for him in the ‘Chaplain’s Corner’ adjoining the school library. Every day, groups of students and teachers came to the studio to record their vocals. Over the 3 days of recording and 2.5 days of editing (over the weekend), we recorded 12 tracks featuring five different languages! 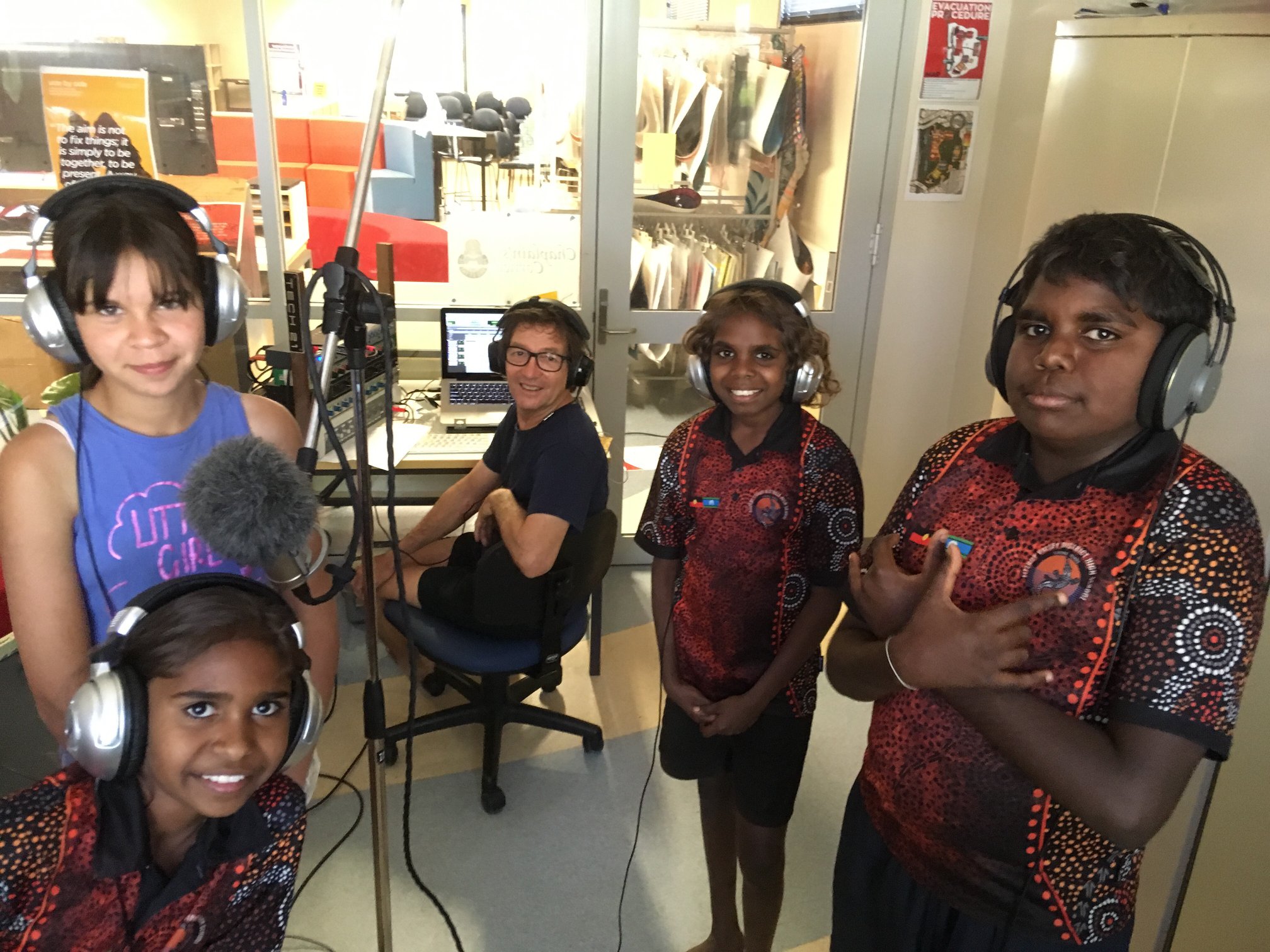 Here’s a rundown of what we recorded: 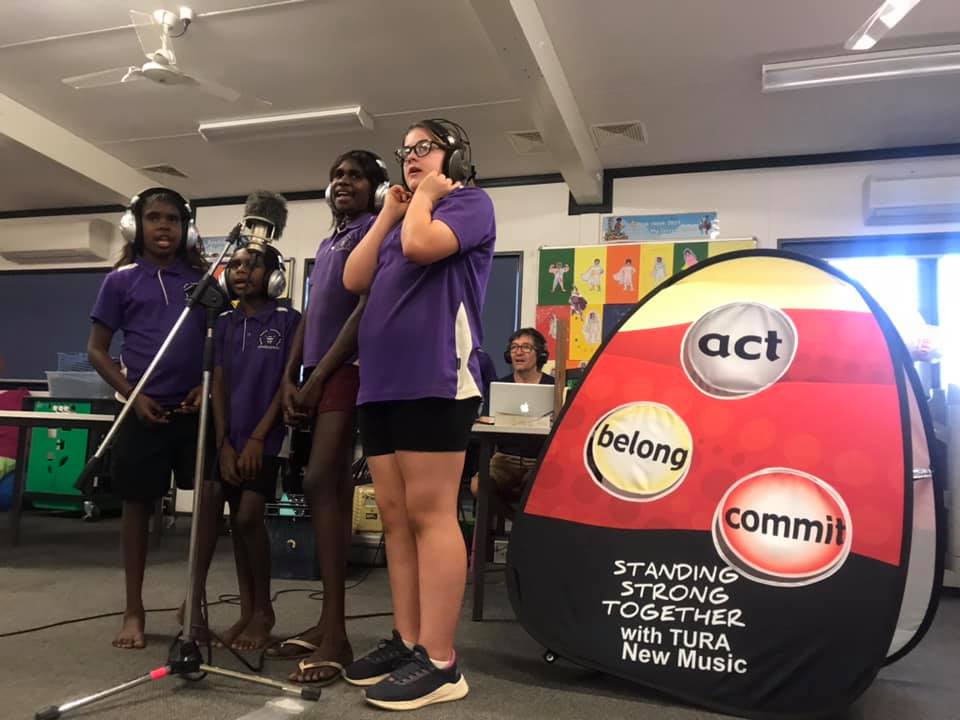