This blog post of week 2 is written by Gillian Howell – Tura’s current Musician in Residence in Fitzroy Crossing, Kimberley, WA. This is part of a three year program supported by Healthway, promoting the Act-Belong-Commit message, and The Ian Potter Foundation.

Sometimes, a song is written in a residency and it is loved and enjoyed, but ephemeral, casting a bright light just within the project boundaries. Other times, the song lives on… and on. During my previous residency (May-June 2018) the two Year 4-5-6 classes and I composed a song about Jandamarra, a Bunuba hero-warrior who led a resistance against the white pastoralists and their appropriation of the country from the traditional owners. On this return visit it has been gratifying to see how strongly that song continues to resonate. The songwriters themselves are clearly very proud of it. They were excited to perform it with Tura’s Narli Ensemble at Mangkaja Art Gallery back in June.

Several of the songwriters joined me on the Music Mat at the FASD Awareness Community Day on 9 September, and were eager to sing it over and again, sharing their song with younger children and their carers. The Jandamarra song also attracted attention from community members who hadn’t yet interacted with my residency. They were intrigued to hear this new original song about one of the local heroes, and – I hope – to see these often very shy children singing it with such freedom and enjoyment and pride.

The Jandamarra song is clearly going to be a song that sticks, eclipsing the song I wrote with senior class students in my 2017 FX residency (‘My Mobile Heart’ – or, as some of the students call it, “that Telstra song”). My Mobile Heart is still popular, with students continuing to request it in song workshops, but I have a feeling our Jandamarra song is the one with real staying power.

Given this success with songs-that-stick, a next focus is to work with the culture and language teachers here and in some of the feeder primary schools in surrounding small communities, to co-create some songs and other musical material with local language embedded throughout. Increasing kids’ language knowledge and keeping culture alive through using local languages in daily learning is a priority. 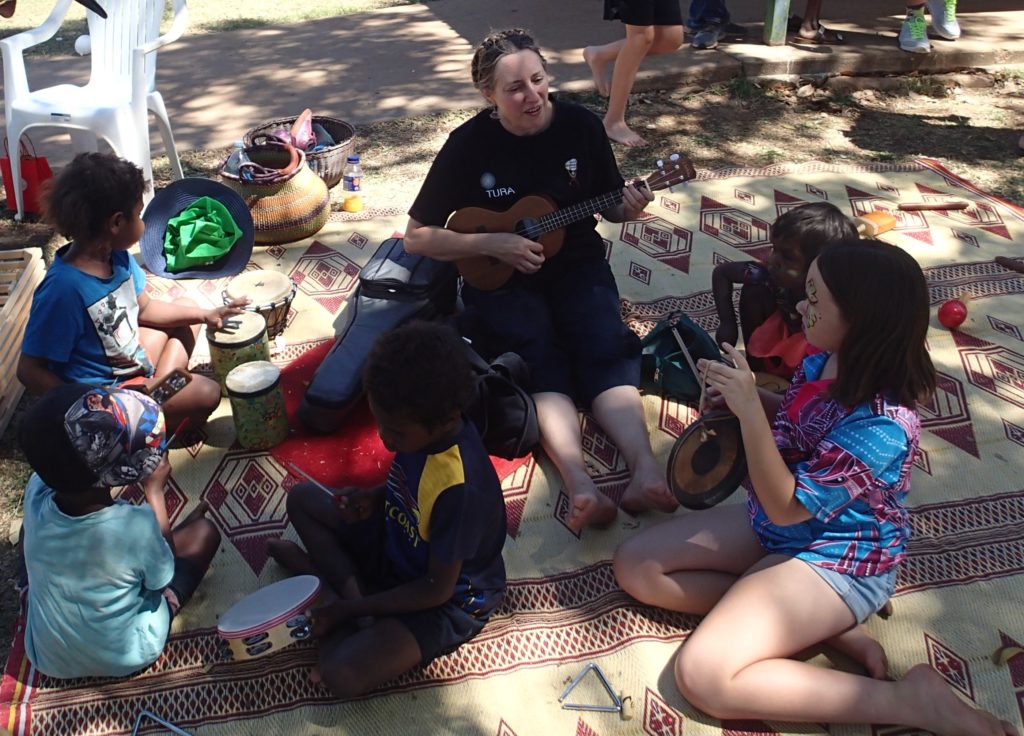