This blog post of week 1 is written by Gillian Howell – Tura’s current Musician in Residence in Fitzroy Crossing, Kimberley, WA. This is part of a three year program supported by Healthway, promoting the Act-Belong-Commit message, and The Ian Potter Foundation.

Week 1: On moustaches and magic 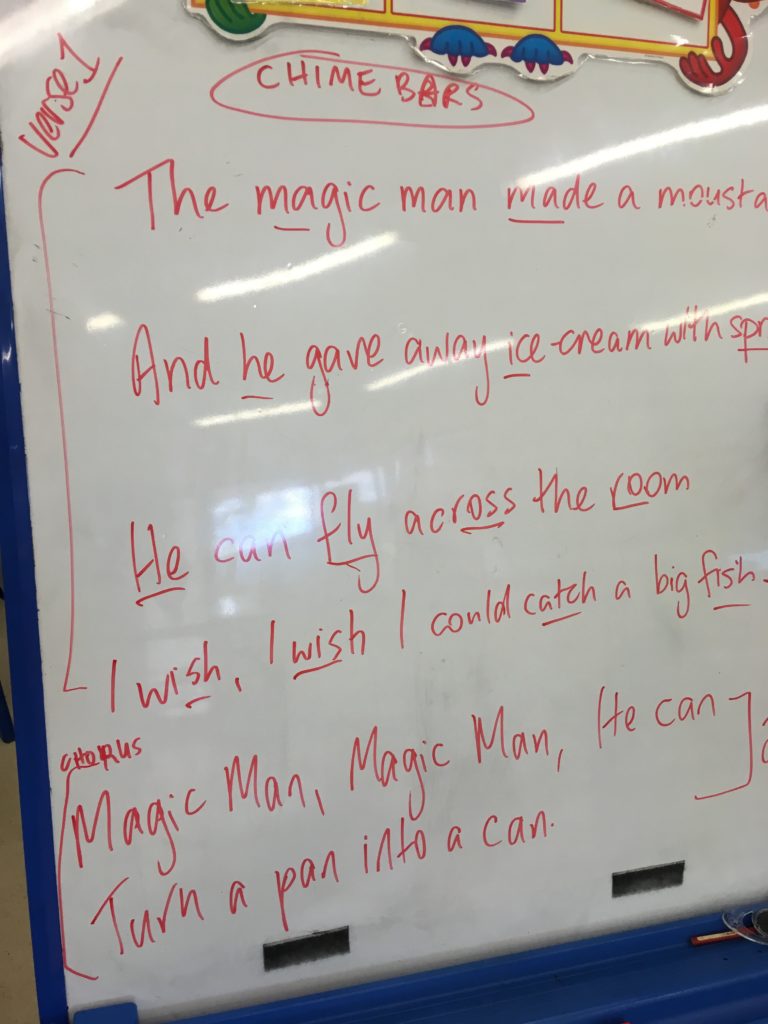 Magic Man Made a Moustache

With the Marulu class at Fitzroy Valley District School, where kids with particular learning and developmental needs work together, creativity is pretty unfettered. I only needed to suggest we might write a song together and the boys had begun to suggest lines (they are all boys in this class at the moment). ‘Magic Man made a moustache’ is the first one. It’s quite a catchy opener (not something you might immediately expect from the word ‘moustache’). In our first two sessions we had two songs written, in the third, we added a second verse to the first one, and set up some fine accompanying percussion grooves that the boys were performing very solidly.

In Week 3, we taught the song to the whole of the primary school. The boys were excited to share it – lots of cheeky, conspiratorial, and delighted grins between them. Their teacher later told me that they were a little critical of their peers’ efforts to sing their song in one short, five-minute session: “They didn’t sing all the words!”

Marulu class also wrote a second song in Week 1, about stars. They experimented with sounds on a range of metal instruments and with making bird calls with their voices, and then recorded a soundscape to go with their Stars song. 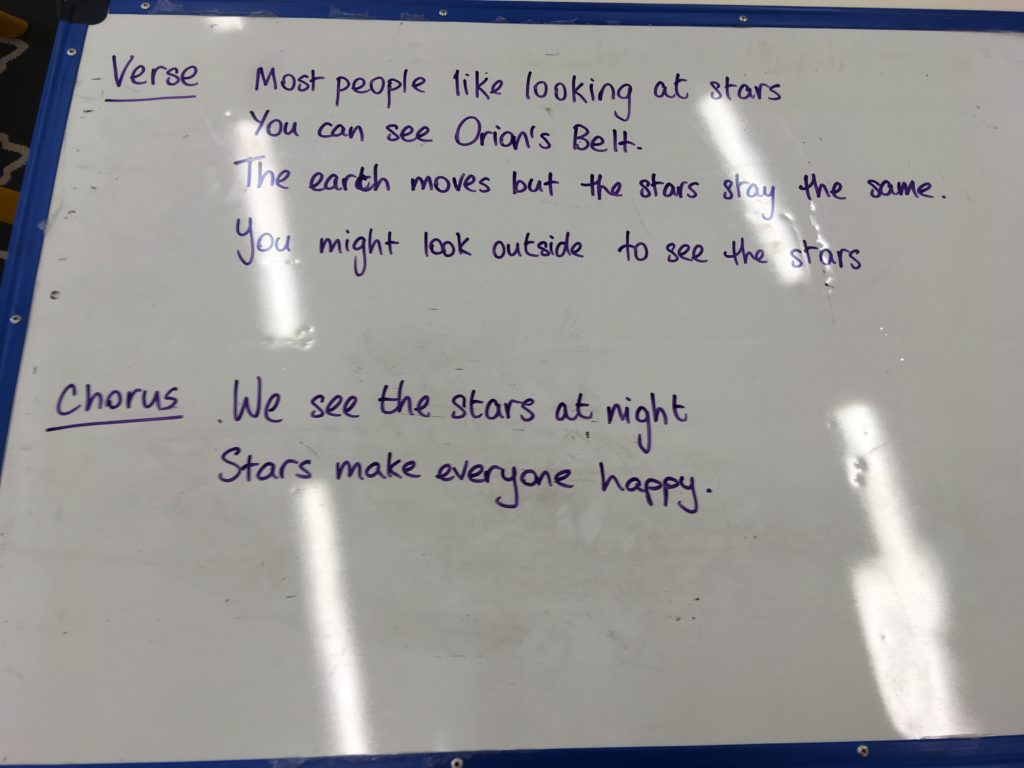 One of the strategies has been to help encourage some whole-school singing to happen on a regular basis. The primary school children have a 20-minute morning routine each day from 8am that includes physical activity (usually a chasing game, lots of laughter and unpredictability) and a short sequence of breath-based activities designed to clear air passages and reduce incidence of ear infections that can arise from build-up of mucous in the passageways between the nose and the ears (known as Breathe-Blow-Cough, or BBC, and used in schools throughout the Kimberley). During my residency we’ve added a daily song to this routine. Each day I’ve taught a short song to the group, encouraging them to breathe deeply and exercise their voices, but also to have the experience of social connection, cooperation, and togetherness that singing together can bring.

Learning a new song each day is no small task. I included songs in a range of languages (from South Africa, Cameroon, Ghana, Israel as well as the USA, Torres Strait Islands, and Australia). One of the songs had been written by the Marulu group the previous week, and it was so catchy and appealing we knew we wanted to give every primary school child the chance to learn it. The singing took place in a large undercover area, and I encouraged the children to tilt their heads slightly towards the metal roof, in order to experience their voices within its amplifying effects.