As the sun set, more than a dozen Exmouthians gathered by the purpose built fence on Niblett Oval , Exmouth to be part of the inaugural Exmouth Bowed Fence Orchestra under the tutelage of the master Jon Rose. They seemed perplexed yet intrigued as the cello bows were handed out and they were shown how to rosin up a bow – like some sort of survival kit instruction session before heading on some epic journey. To a degree what followed was indeed an epic journey as workshoppers travelled the sonic road of fence music facing, to boot, what we now know is commonly called in these parts the October Winds.

Perplexity turned to delight as Jon demonstrated the breadth of sound world that could be explored via the fence, a set of strategically placed pick ups and a rather nice PA which the illustrious, ever resourceful Mr Guy Smith had set up and tuned in the heat of the afternoon. One by one the eager new fencists fronted the wires for a brief personal tuition from the master before the ensemble process began.

A mesmerising convergence of symphonic, wired up sound soared across the Oval and seeped into the neighbouring caravan parks and the centre of Exmouth. As the keen players came to grips with the conducted score, The Fence Orchestra was born. As the evening drew on and confidence grew, the team of fencists felt quite ensembled and hinted at what another workshop and a public performance would provide. synonyms for asked Bemused dogs, toddlers trying to climb the fence, a backdrop of somewhat menacing scrub-land all created the perfect setting for the first official activity for Sounds Outback 2012. 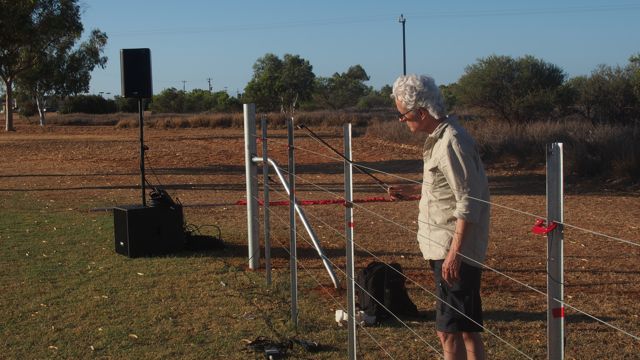 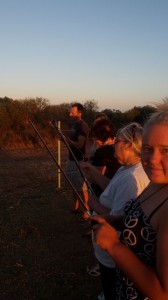 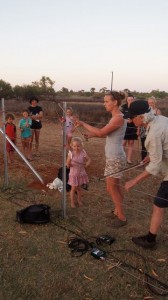