The Australian Ambassador to Indonesia Gary Quinlan AO opened a special performance of Tura New Music’s Kimberley Indonesia Project on the 26th August at the Australian Embassy in Jakarta.

The Kimberley Indonesia Project is a musical exploration between the connections and differences between Indonesia and the Kimberley – the culturally and geographically rich and diverse region in North Western Australia.

“The Australian Government is delighted to support this exciting collaboration between Indonesian and Aboriginal Australian musicians,” said Australian Ambassador Quinlan as he welcomed the full hall at the Purnululu Theatre, describing the connection of the theatre design to the Gija people in the Kimberley.

“Music is often the medium through which diverse cultures seek to understand each other. That is what this collaboration is about and it makes understanding between our communities more vibrant.” 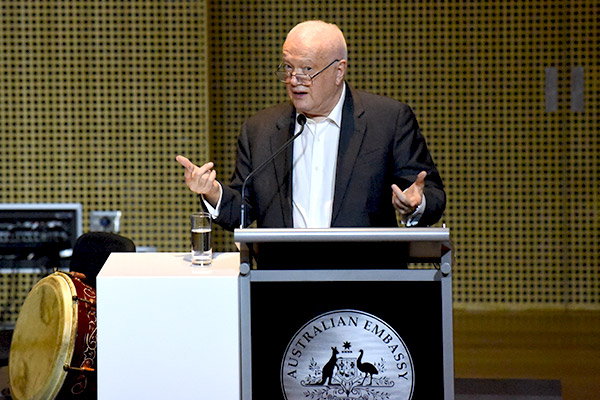 The project started in May 2018 when Tura’s Artistic Director Tos Mahoney visited Jakarta with Andrew Ross, a great cultural connector between Australia and Indonesia. They met many talented people during that visit including composer/performer and ethnomusicologist Nyak Ina Raseuki “Ubiet”. 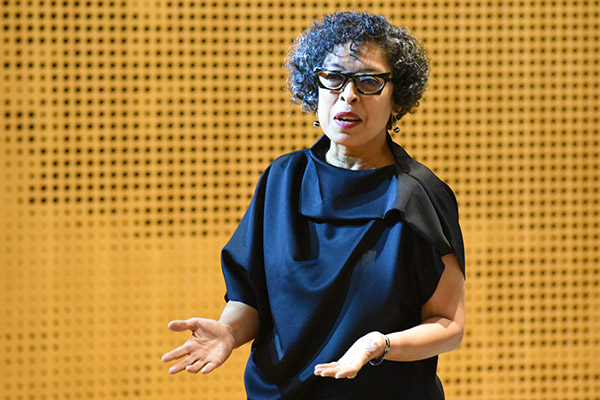 In November last year Tura brought Ubiet to the Kimberley where she spent a week meeting artists and community, especially local Aboriginal people who had historical connections with various parts of South East Asia. It was a very moving experience for Ubiet, witnessing people moved to tears by the realisation of their strong cultural connections with our near neighbour Indonesia. 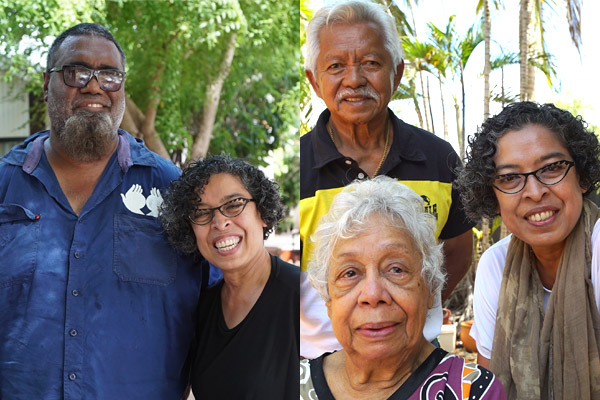 Ubiet with Karajarri Elder and Songman Mervyn Mulardy (left) and with Sally and Ahmed bin Demin (right) in the Kimberleys in 2018.

Last week, the second phase of collaboration took place in Jogjakarta where three Aboriginal artists from Australia, along with Ubiet and two other Indonesian artists, explored those connections and differences, creating new shared work and sharing music from each other’s cultures.

Having a showcase at the Embassy presented a wonderful opportunity to reach out to even more artists and organisations in across Indonesia.

The performance last night was sample of some of the collaboration from the time spent in Jogjakarta. It is the early stage of a long journey which Tura sees as going on for many years to come.

The Embassy audience heard the haunting sounds of didgeridoo combined with cello and bebano in the powerful opening piece titled Kemarau Barrgana – a new work created through the project.

Stephen Pigram’s song Walganyagarra, sung in Yawuru, the traditional language of the Traditional Owners of the Broome region in the Kimberley, combined with totally enchanting and captivating singing by Ubiet in Bahasa. It provided a wonderful metaphor for the project, the exchange, the connection, the juxtaposition of language and sound. 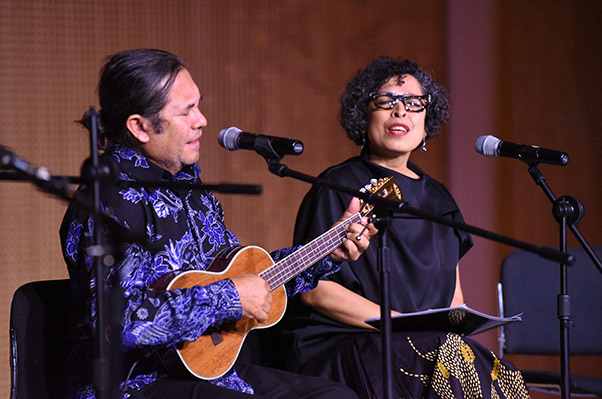 Another new work involving all artists called Segara Nagula explored the idea of the ocean separating and connecting the two countries and the power and possibilities that it holds. The work was a powerful one full of brave new possibilities, leaving the audience breathless and then giving a wildly enthusiastic ovation.

Mahoney commented to the thrilled audience, “We certainly believe there should be many, many more cultural collaborations between Australia and Indonesia and we are committed to doing what we can to make that happen.” and after the concert, “This phase of the project could not have been more successful, and we all look forward to its journey into the future.” 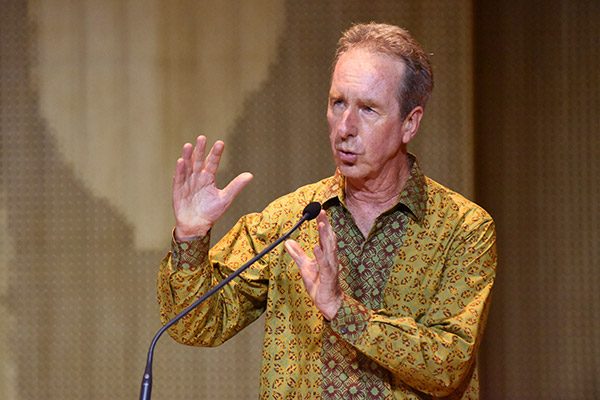 When are you coming back? – was the endless question from the audience, comprising academics, cultural institutions, Australian and other government diplomatic corps, students, media and business representatives.

Planning is under way for the next stage of the project to bring a group of Indonesian artists to the Kimberley to collaborate with even more artists and communities.