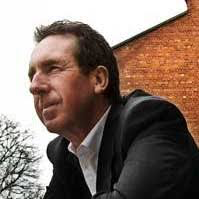 After another extraordinary year in 2019, with projects across the Kimberley including The Fitzroy Valley New Music Project, The Sonus Tour and the Wild Violins of Warmun;  in Indonesia – the Kimberley Indonesia Project: The Kimberley Echoes Tour from Darwin through Sydney Opera House, regionals, Canberra and on to the Melbourne Recital Centre; the finalisation of Tura Tracks – the regional program evaluation program with Griffith University; the start of a new residency program in east Pilbara; the start of Soup Nights in Perth….. we are in the middle of a collective breath, gathering in all the wonderful experience, connections and material created and preparing for the year ahead.

Its with great pleasure that I can announce the 14th Totally Huge New Music Festival this coming August 19 – 23.  The Festival started in 1987 and was suitably ironically named for the time. It has metamorphised across time to be a truly international celebration of new music and sound art. This year’s Festival will more than ever bring the various arms of Tura’s activities and agendas under one umbrella with work from remote communities alongside that from big centres around the world. Program details announced soon.

Our remote residency programs in Fitzroy Crossing (Gillian Howell and Aviva Endean) and Warmun (Hollis Taylor and Noam Yaffe) continue whilst the new Philip Samartzis led program in east Pilbara establishes itself for at least the next 3 years.

The vital biennial A Summers Night women composers project will be in development across the first half of the year then tour nationally in July. See the Call Out .

In August we will be touring the ever-evolving collaboration between the Wilfred brothers from Ngukurr and Paul Grabowsky through the Northern Territory, the Kimberley and Pilbara. Dating back to 2005 and the Crossing Roper Bar project, this iteration (Bambula) will also feature violinist Erkki Veltheim and collaborations with local artists en route.

The Perth based Soup Nights series will be exploring new venues, creating a platform for local and visiting experimental work.

We are currently finalising plans for the next phase of the Kimberley Indonesia Project for the second half of the year alongside new project plans for South East Asia.

Topography of Dreams exhibition and symposia featuring the work and documentation as the result of residencies by Philip Samartzis and Madelynne Cornish in the Kimberley 2010 – 2012 is now in the hands of curator Kelly Fliedner. News soon on all of that including dates  for the symposia with their focus on climate and Indigenous weather knowledge.

We will be partnering with Ukaria in South Australia to commission a new collaboration between Mark Atkins and Erkki Veltheim to be completed by years end.

We will also be partnering with:

And for a bit of cashew nut butter on your quinoa bread…. we join with Karijini Experience to present the Narli Ensemble at this year’s remarkable Pilbara event over in April. Book Now !

We look forward to updating you on all of the above as well as new projects and events as they evolve. Do sign up for our newsletter to ensure you have all the latest news.

And an enriching year to you all.